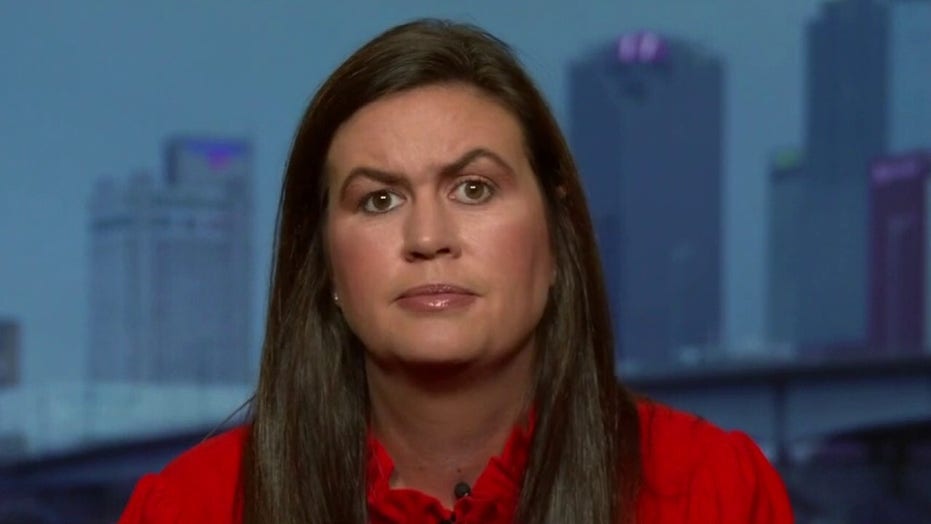 Sarah Sanders: Governors have an obligation to allow people to safely provide for their families

Former White House press secretary and Fox News contributor Sarah Sanders weighs in on balancing the health of Americans and the health of the economy during COVID-19.

Fox News contributor Sarah Sanders said on Monday that the idea of the Democratic National Committee taking the lead on an investigation of a sexual assault allegation against their own presidential candidate is “laughable.”

“I thought it was an Onion headline, not a New York Times headline. [The Times] should be embarrassed for themselves for even suggesting that idea,” the former White House press secretary told “Fox & Friends.”

Sanders’ comments came after The New York Times editorial board faced mockery from multiple journalists Sunday after the board suggested that a sexual assault allegation against former Vice President Joe Biden be investigated – by none other than the Democratic National Committee.

The Times editorial called for records from Biden’s time in the Senate to be reviewed by what they called “an unbiased, apolitical panel, put together by the D.N.C.,” leading Axios' Jonathan Swan to speculate whether the Times actually was serious.

“Is this satire?” Swan tweeted, quoting the above language.

Sanders said that, at the end of the day, people just want fairness when it comes to these types of allegations against public figures. Sanders said that the hypocrisy that we have seen from the left is truly “mind-blowing.”

“The fact that they went so aggressively after Justice [Brett] Kavanaugh and then demanded to get to the bottom of things, but want to just brush this aside I think is the real challenge that most people are dealing with right now and they want to see a level of fairness from both sides.”