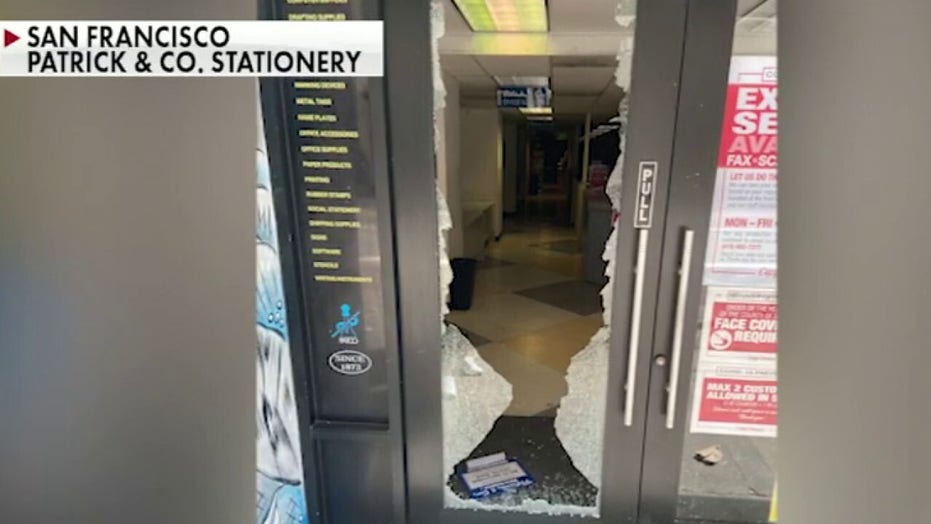 A fourth-generation San Francisco stationery shop owner, whose store has been broken into four times since COVID-19 stay-at-home orders were put in place, is calling on the country and his home state of California to get back to work.

In an interview on "Fox & Friends First" on Thursday, the owner of Patrick & Co. Stationery, Jamie Patrick, explained how the most recent break-in was different than the previous ones.

"We've been actually broken into four times since this all started. This last recent one was the last Saturday and Sunday. Both nights we had two different [destructive acts]. Basically in the last two [incidents of broken] windows [were] kind of like a smash-and-dash type [of] situation," he stated. "And then, we also had someone come into the store, take a bunch of merchandise, and brandish a knife to one of my employees who tried to stop them from exiting the store."

"The employee was quite shaken up," Patrick added.

The perpetrators of the most recent occurrences left the store with a hefty bill: between $15,000 to $20,000 of damage after insurance was factored in.

"Patrick & Company [has] been around since 1873. I'm the fourth generation. We've been through a lot of these big things in history from the Depression to the 1906 earthquake," he pointed out. "And, you know, Patrick & Company, we want to be a leader."

In a time when American businesses – large and small – are struggling to stay afloat due to coronavirus closures, Patrick admitted his growing frustration.

"It's very hard. You know, we were very excited about the next couple of weeks. Before this next issue happened we were starting to see some signs of more people coming to the city. The trains were a little bit more full and then this happens. It's just a shame," he said.

"You know, the country's got a lot of learning and a lot of healing to do. We support those [who] are protesting, but we need to get back to business," Patrick urged. "We need to get back to re-establishing our economy and you know it's really an amazing thing that, you know, you think about three months ago: we were having the best years we've had. The economy seemed to be booming and then 'Boom!'"

"You know, we're almost back to square one," he concluded.