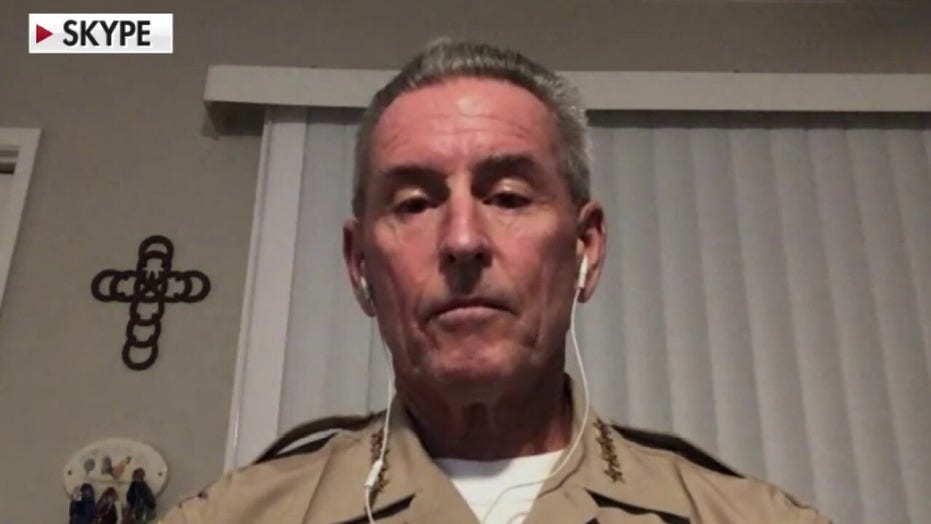 Appearing on "The Ingraham Angle" with host Laura Ingraham, McMahon said that because of the Golden State's new $0 cash bail emergency mandate, he was forced to release a repeat felony child abuse suspect immediately after his arrest and will have to release hundreds of potentially dangerous criminals back into the public under the new rules.

The mandate took effect last Monday. The emergency rule allows for 13 exceptions for serious and violent felonies. The repeat offender was released because child abuse inexplicably does not appear on the state’s list of exemptions for $0 cash bail.

However, since telling Fox 11 reporter Bill Melugin that the policy is not "good government" and not safe for the community, McMahon said he has had a positive conversation with California's Judicial Council, where he was able to voice his concerns.

"What I did say before is that he had a prior conviction for child abuse as well as a prior conviction for domestic violence. And, although I think this is an oversight on behalf of the Judicial Council, I don't believe that they intended to leave this specific crime out so that it would be eligible for zero bail," he explained.

"But, it's our responsibility – in my opinion – as law enforcement leaders to only bring the information forward to the citizens that we serve. But, equally important, it's our responsibility to work with the Judicial Council on some solutions," McMahon stated further. "I'm happy to say today we had a conference call that was very productive with members of the judicial council who clarified some of the concerns that we had. But, also listened to some of the others."

According to the New York Post, at least 50 of the 1,500 New York inmates cut loose amid fears of the spread of COVID-19 behind bars in recent weeks have already landed back in jail — and in some cases were set free yet again.

While he said he could not talk in detail about the repeat felony child abuser's case, he confirmed that the inmate had two prior convictions and that it would require officers to "do enhancements to the bail and contact the on-call judge to make sure that we can keep these folks in jail."

The state issued the mandate to reduce jail inmate populations during the pandemic, but McMahon told FOX 11 that San Bernardino County doesn’t have an overcrowding problem and that inmates are separated and ordered to wear masks.

"Although I'm not in favor of this, it's our responsibility to figure out how to make it work at this point," he conceded.

"And I'm certainly happy that we had that conversation with the Judicial Council today and I really think that they took some of our concerns to heart," McMahon concluded.