The editorial board of The Sacramento Bee blasted California Gov. Gavin Newsom for attending a party as the state continues to battle the coronavirus outbreak.

The San Francisco Chronicle reported on Friday that Newsom attended an outdoor birthday celebration for political adviser Jason Kinney with at least a dozen attendees at the French Laundry, an upscale restaurant in Napa Valley.

The report came the same day Newsom -- as well as Oregon Gov. Kate Brown and Washington Gov. Jay Inslee -- announced a travel advisory for visitors leaving and entering their respective states ahead of Thanksgiving as the state experiences a spike in COVID-19 cases.

The Bee stung the Democratic governor with a scathing editorial slamming the tone-deaf soiree.

"A meal at the famed French Laundry restaurant in Yountville costs around $350 per person, not including wine. It typically features nine courses, not counting the 'amuse-bouche,' which is a ritzy French term for appetizers," the editorial board began. "We certainly hope Gov. Gavin Newsom and his wife, Jennifer Siebel Newsom, enjoyed their dinner at the Michelin-starred restaurant on Nov. 6. Because it will end up costing a lot more than $700 in terms of damage to Newsom’s credibility in the middle of the COVID-19 pandemic. Nothing will launder the stain of stupidity from his reputation after this ill-conceived outing." 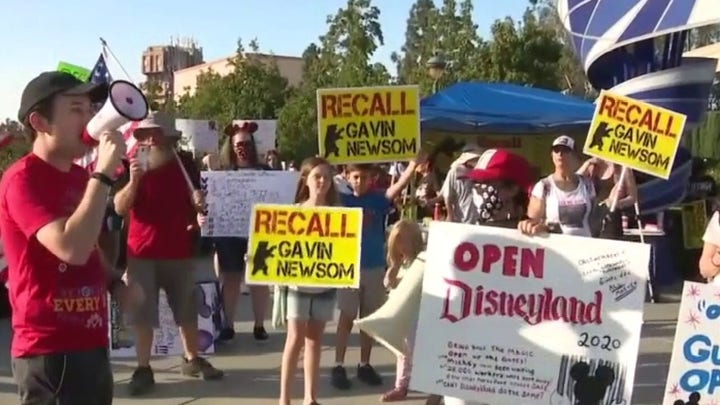 The editorial declared "this is a bad look for an elected official at any time, but especially during a pandemic that has claimed more than 18,000 lives in California and devastated the state’s economy" in addition to the fact that the dinner was in honor of a lobbyist.

"It’s no secret that the Newsoms have tons of money, but it’s très gauche of them to flaunt it at a time like this," the Bee wrote.

The Bee called out the "stunning hypocrisy" of Newsom "eschewed state public health guidelines to dine with friends" when he urged Californians to "scale back Thanksgiving plans."

"Newsom’s haute cuisine hypocrisy is a disaster for the state’s efforts to get Californians to understand the deadly threat of COVID-19," the editorial board said. "He just handed more ammunition to Republican leaders who have decried the state’s emergency shutdowns of restaurants, gyms and churches. If the governor can eat out with friends — and if his children can attend their expensive school — why must everyone else sacrifice?"

The board continued, "Two years into his first term, and nine months into the COVID-19 pandemic, Newsom still can’t get his act together. If Newsom can’t get his head into the game, perhaps he should make this governor thing a one-term affair and leave the job open for someone with a desire to lead."