President Trump salutes Rush Limbaugh at the State of the Union

Conservative talk radio host Rush Limbaugh returned to his show on Friday following the announcement of his advanced lung cancer diagnosis, and spoke about receiving the Presidential Medal of Freedom at President Trump's State of the Union address on Tuesday.

"It couldn't stop looking down at it the whole time that I'm wearing it. ... It's just beautiful," Limbaugh told his listeners.

After taking a call from a listener, who told Limbaugh that the Medal of Freedom "couldn't have gone to a better person," the radio host responded by saying, "It's a once-in-a-lifetime thing" and that it's "so special."

While he refrained from going into detail about his conversation with the president, the conservative giant vowed that "someday" he'll be "able to tell the entire story" about how Trump refused to hear no, promising his listeners, "you'll laugh yourself silly."

"No matter how polite, no matter how sincere, no matter heartfelt, no way, not possible," Limbaugh continued. "It's an aspect to his personality that these people -- his political opponents haven't the slightest idea, no way of understanding it. He will not be denied ... and I don't mean that as he's oppressive and insensitive and doesn't listen. In fact, it's the exact opposite." 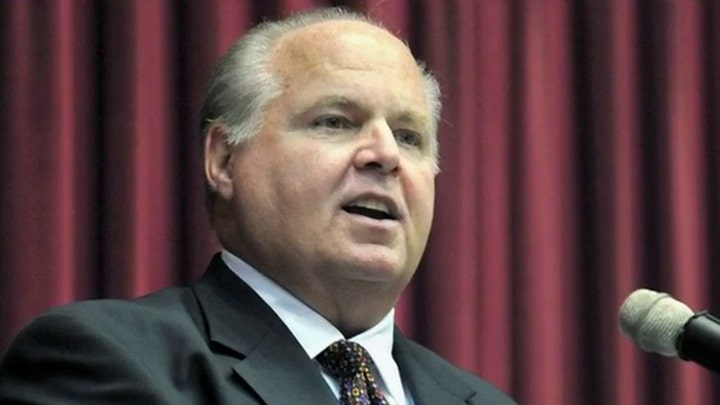 Limbaugh told his audience that all the support he has received has been a blessing, and he evoked New York Yankees legend Lou Gehrig, who famously declared that he considered himself “the luckiest man on the face of the earth” after being diagnosed with the fatal ALS back in 1939. Limbaugh said he has seen the historic footage of Gehrig’s speech numerous times over the years.

“The first two or three times I heard it, I had trouble processing it. How in the world can anybody feel lucky after having been told that you have a disease for which there is no recovery, and that it’s fast. … There was a part of me that thought, okay this is something that famous people are supposed to say. … I thought, clearly there is a portion of Lou Gehrig that thinks he has to say this,” Limbaugh said. “Now I know that’s all wrong. Now I know that there was nothing forced or phony or public relations related about it. Because I feel the same way.

“I cannot thank all of the people that I have heard from since Monday,” he said. “To have this kind of support, and to know it, to be fully aware of it, it does make me one of the luckiest people alive.”