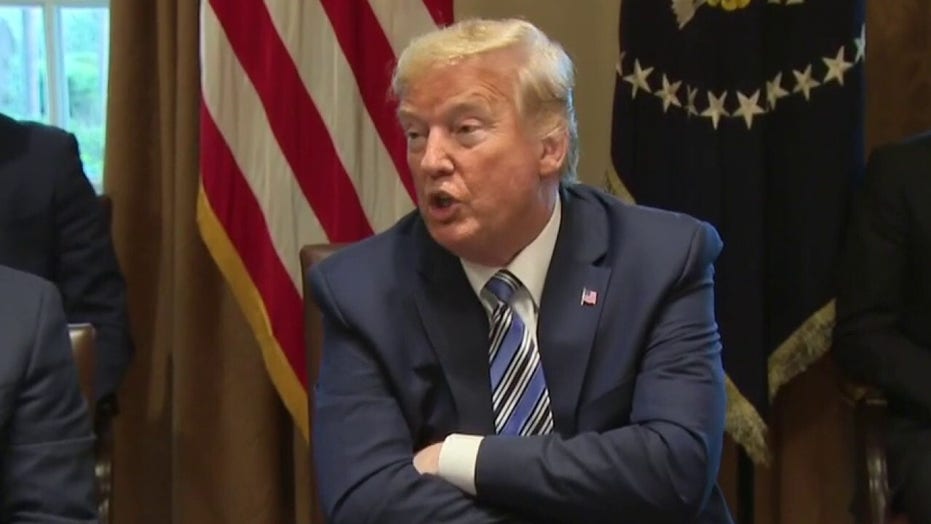 Conservative radio talk show host Rush Limbaugh said Wednesday that Democrats have nothing left but "this last chance to destroy Trump and the economy" by using the coronavirus outbreak to frighten Americans.

"That's where we are right now because the Democrats, the bottom has fallen out of their presidential campaign," Limbaugh said on his nationally syndicated radio show.

"Since Bernie Sanders imploded by extolling his love and adoration for Castro and the Soviets and all the other stuff he went nuts on," Limbaugh said. "Now, Biden's senility is obvious. And they don't want Hillary."

"The people we're talking about do not want Michelle Obama. She may want to. Who knows? I doubt that," Limbaugh said. "But regardless, the Democrats are now back to really having no choice."

President Trump criticized congressional Democrats Wednesday over the political warfare surrounding the outbreak, tweeting that the virus “doesn’t care what party you are in” and that he is "fully prepared to use the full power" of the government to handle the outbreak.

Limbaugh blasted Democrats for using the outbreak's effect on the economy as an opportunity to play politics and attack the president, saying the next 30 days were critical to avoid widespread panic.

"So ... they've got the way they're looking at this. They're the ones talking about this could be an opening for the Democrats," Limbaugh said. "And when you call them out on this, 'Oh, no, no, no, no, we're not hoping people get sick. We're talking about the economy.'"

"OK, fine, chance to destroy the U.S. economy for the benefit of the Democratic Party," Limbaugh added. "And this is what they've got going for them."