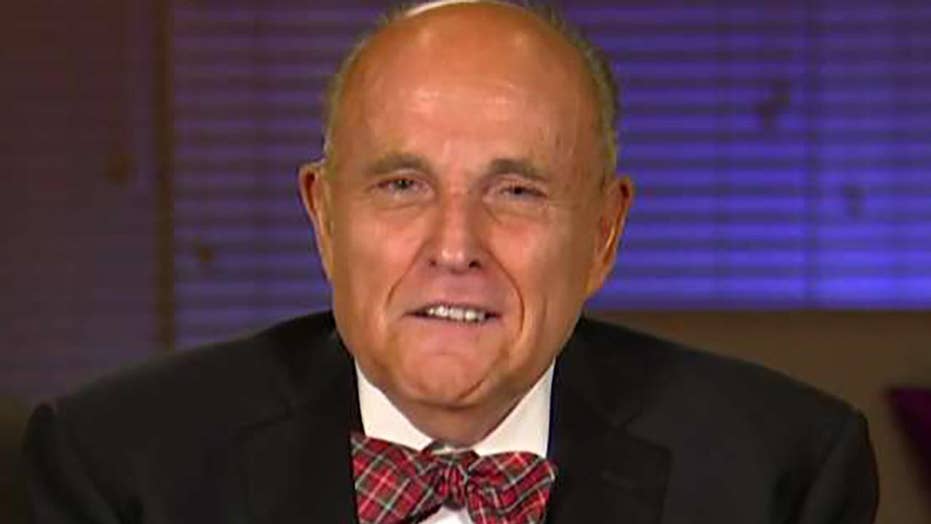 Rudy Giuliani responds to accusations made by House impeachment managers

President Trump's lawyer Rudy Giuliani unloaded Wednesday on former National Security Adviser John Bolton, calling him a "backstabber" and expressing doubt about his claims about the president and Ukraine.

On Sunday, the New York Times reported Bolton’s book manuscript included a claim that Trump explicitly linked a hold on military aid to Ukraine to an investigation into Joe and Hunter Biden. Trump told Bolton in August, according to a transcript of Bolton’s forthcoming book reviewed by The Times, “that he wanted to continue freezing $391 million in security assistance to Ukraine until officials there helped with investigations into Democrats, including the Bidens.”

The report prompted new calls for Bolton to testify in the Senate impeachment trial, including from several Republicans. The former New York City mayor said Bolton never expressed any concern to him about his investigation of Ukraine corruption and Hunter Biden's business dealings in the country.

"He never said to me I’ve got a problem with what you are doing in Ukraine. Never once. Never winked. Never sent me a little note. That's a classic backstabber," Giuliani told CBS News correspondent Catherine Herridge.

"So I feel I've got a swamp character here. I find his testimony about the president pretty close to incredible."

Bolton, according to a witness, had called Giuliani a "hand grenade" and said a meeting about the White House's pressure on Ukraine was tantamount to a "drug deal."

Giuliani later said he still works as the president's personal attorney and spoke to Trump "two days ago." He said if the White House clears him, he would be willing to testify in the Senate trial.

Trump took to Twitter Wednesday morning to slam Bolton, writing that the U.S. would be in "World War Six by now" if he had listened to Bolton's advice.

Meantime, a source with knowledge of Senate Majority Leader Mitch McConnell's plans confirmed to Fox Business that the Kentucky Republican told people in a private meeting Tuesday that the GOP did not have the votes to block impeachment witnesses.