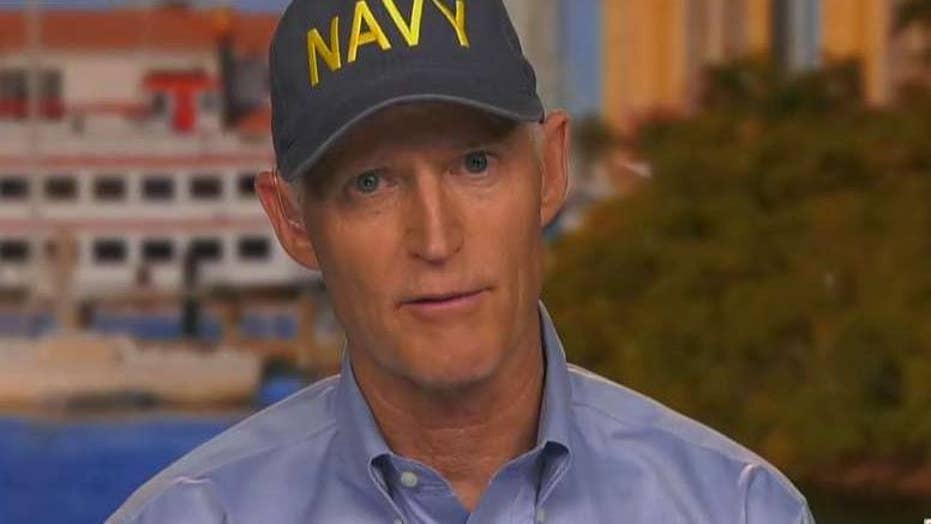 Former Florida Governor Rick Scott reveals his concerns ahead of the slow-moving storm.

"Know you can always rebuild a house but you can't rebuild a life. We've got to you know you have to take this thing seriously," Scott told guest host Mike Emanuel.

Dorian, a Category 4 storm, continued to batter the Bahamas Monday night, as officials there said at least five people died and 21 others were hurt. People along the U.S. coast from Florida to the Carolinas have been keeping an eye on the storm's path, which may bring it perilously close to the Atlantic Seaboard over the next few days.

"Everybody is getting ready. What we don't know is, is it really going to follow that... path, it will be just off our coast, or is it going to come inland and hit somewhere," Scott said.  "I hope it doesn't."

Scott, the former governor of Florida who has dealt with numerous hurricanes before, advised people in his state to "overprepare."

"The best story is if you overprepare and somebody says, 'well I didn't have to do that,'" Scott said. "That's a lot better story than if you say, 'oh gosh, I didn't, I should have done this.'"

The senator warned that people shouldn't put their lives or loved ones' lives at risk.

"I would take it very seriously. Don't take a chance with your family. You hear the stories coming out of the Bahamas where people lost their life," Scott said.