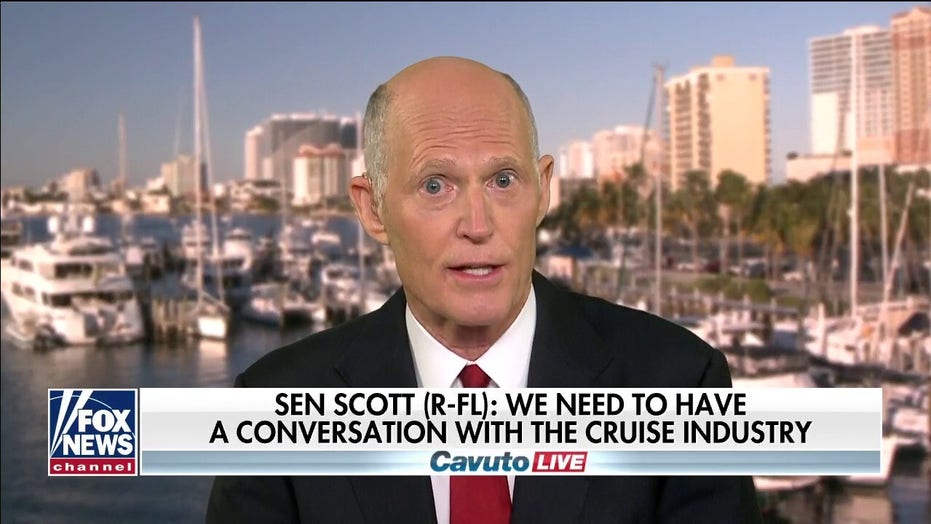 FL Sen. Rick Scott on coronavirus: We need to have a conversation with the cruise industry

Florida state Sen. Rick Scott is calling for 'transparency' after the deaths of two residents infected with the new coronavirus.

America needs to have a conversation with the cruise industry on coronavirus, Florida Republican Sen. Rick Scott said Saturday.

In an interview on "Cavuto LIVE" with host Charles Payne, Scott said that he was surprised to hear about one of the eight confirmed cases in the state he represents after the person infected had passed away.

"I was very surprised, actually when I heard about the death in Lee County, which is adjoining to the county I live in. We didn't know there was even a presumptive case," Scott exclaimed. "We need to make sure, where did this person travel? We need to make sure whoever if they traveled into the airport, who was on that flight? Let's make sure they can get tested."

According to U.S. health officials, two people who tested positive for the new coronavirus died in Florida on Saturday, marking the first deaths on the East Coast attributed to the outbreak. A spokeswoman for Republican Gov. Ron DeSantis reported via Twitter than the individuals were in their 70s and had traveled overseas and DeSantis issued an order directing a Level II public health emergency in the sunshine state.

The announcement raises the U.S. death toll from the coronavirus strain to 16, including 13 in the state of Washington and one in California. There are at least 253 confirmed cases across the country.

DeSantis also asked state lawmakers for $25 million on Friday -- in addition to the expected $27 million in federal aid along with $500,000 from the U.S. Department of Health and Human Services (HHS) -- so health officials can use it to combat the coronavirus with lab equipment and staffing.

An airline passenger wears a mask in the terminal area of Orlando International Airport on Wednesday, March 4, 2020, in Orlando, Fla. Many travelers are wearing masks because of the coronavirus outbreak. (Stephen M. Dowell/Orlando Sentinel via AP)

Thus far, there are over 101,000 confirmed cases of the virus worldwide spread over more than 88 countries. Additionally, there are close to 3,500 deaths recorded.

"So, we've got to get more information out. we need to have way more transparency in this at every level," Scott told Payne.

"Florida's a tourism state. Our whole economy is tied to tourism," he continued. "The cruise industry: we had over seven million embarkments last year. A lot of people come through our airports." 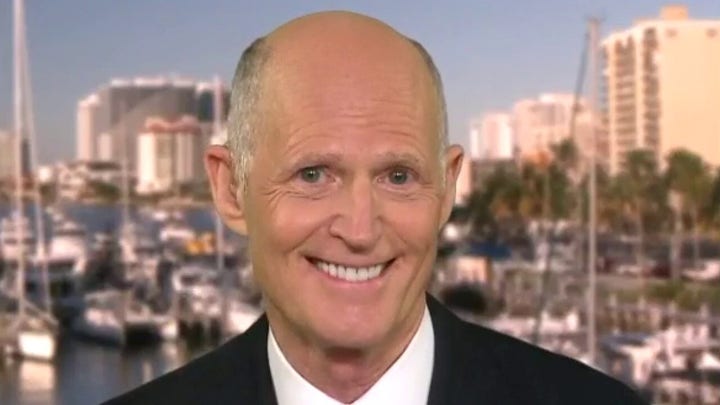 He cautioned: "The industry itself has got to be very vocal about what they're doing to keep people safe."

"And, I know -- I talked to them. They're doing a lot of things, but they've got to be very vocal," he explained. "What type of testing are they doing? What type of sanitation programs do they have? [What] are they going to do if a patient is sick on the ship?"

"They ought to be very, very, specific about what they're doing," he concluded.

Scott is set to meet with Vice President Mike Pence -- who is leading the administration's coronavirus task force -- later today to discuss the issue.