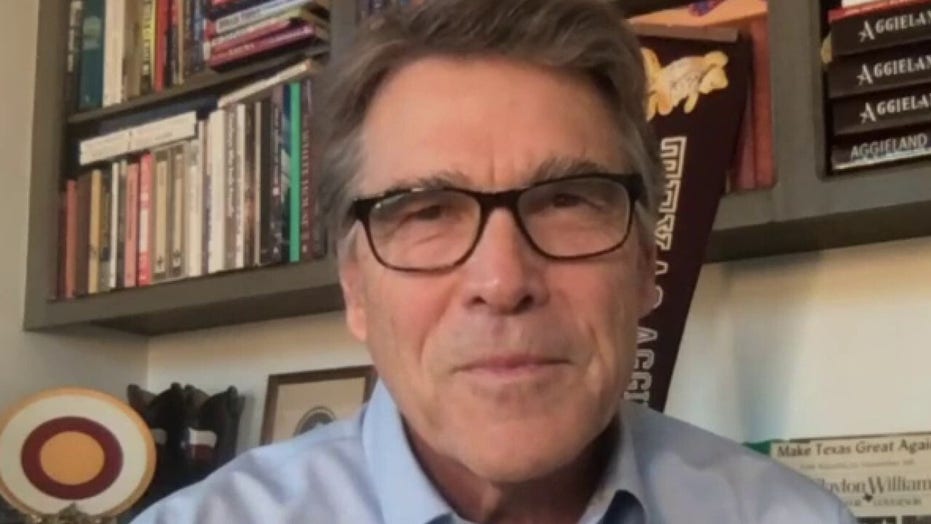 Former Secretary of Energy Rick Perry said Thursday that Americans should start thinking about their future plans with a reopened economy to help boost the energy industry and fuel demand.

"It's not enough for Americans to shut in. We've got to have demand," Perry told "Your World with Neil Cavuto". "I mean, that's the key. It's that simple, too, Neil. And I hope, you know, certainly these governors across the country understand. And leadership requires making tough decisions. And I think getting this economy back, do it smart, do it wise."

Perry, the former governor of Texas, even suggested to host Neil Cavuto that Americans should start planning their summer vacation.

"This summer, where you going to go?" Perry said.  "Let's start planning that trip ... Number one, low oil prices make for, you know, affordable energy costs. And that's obviously going to allow this economy to come back in a quicker period of time. But we got to get the demand up. You've got to get this economy back open. That's the real key here."

The oil market has come under siege this year as ballooning supplies exacerbated by a price war between Russia and Saudi Arabia hit the market at the same time that government restrictions in response to COVID-19 destroyed demand.

The former Texas governor called the issue a matter of national security.

"Listen, does the national security of America deserve the support of this country? I would suggest yes, sir. Whether it's the building of warplanes or whether it's supporting our soldiers," Perry said. "If you don't have an energy industry, Neil, to support the military complex out there, then you don't know who's going to control that. And it may be countries that don't necessarily have our interests in mind."

Cavuto asked Perry if he was suggesting the energy industry receive a bailout like those targeted to small businesses.

"What's the most important natural resource in this country? I will suggest to you, as an individual who has served this country, that if you don't have the fuel -- think about why we won World War II. It was because we had the natural resources to be able to deliver the fuel, to be able to win the war," said Perry, an Air Force veterans. "If you don't have that going forward, if we allow ourselves to get in a position where the oil and gas industry fails and we have to rely upon Russia and Saudi Arabia and maybe a few other countries, that's not a good future."