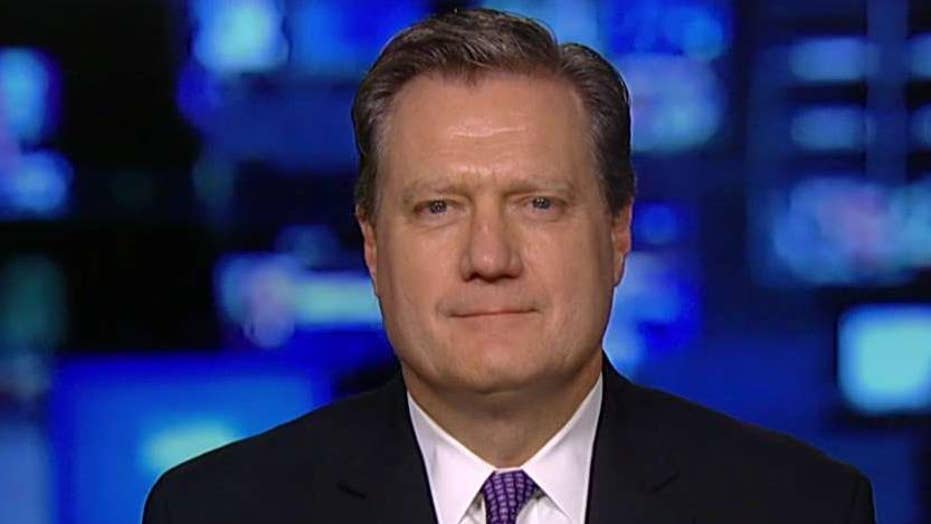 Rep. Turner on Sonland testimony: Democrats have no other path to impeachment after this

Ohio Rep. Mike Turner reacts to Sondland testimony that Trump made it clear he wanted no quid pro quo.

Rep. Mike Turner, R-Ohio, told Fox News on Wednesday House Democrats wanted to impeach President Trump before his July 25 phone call with Ukraine President Volodymyr Zelensky and will do so despite a lack of evidence for a quid pro quo arrangement.

“Even with [House Intelligence Chairman] Adam Schiff [D-Calif.] having no evidence and now it being exposed that there is no road and conversations and no quid pro quo with the President of the United States, he is still going to proceed, as is [House Speaker] Nancy Pelosi [D-Calif.] to impeach this president,” Turner told “Hannity.”

Sondland did not mention the phone call in his opening statement, in which he testified that Trump wanted Ukraine to publicly announce investigations into the 2016 U.S. presidential election and into Burisma — the Ukraine gas company on whose board Biden’s son, Hunter, sat — as a prerequisite for a coveted White House visit for Zelensky.

Under questioning from Turner, Sondland admitted that he had no evidence "other than my own presumption" that Trump ordered $400 million in military aid withheld from Ukraine until Zelensky announced that the investigations the U.S. president requested would be opened, as House Democrats have claimed.

“There was really no new evidence that came out in the public hearings," Turner said, "except that it exposes that there really is no case here and yet the Democrats are really going to proceed to impeach this president."