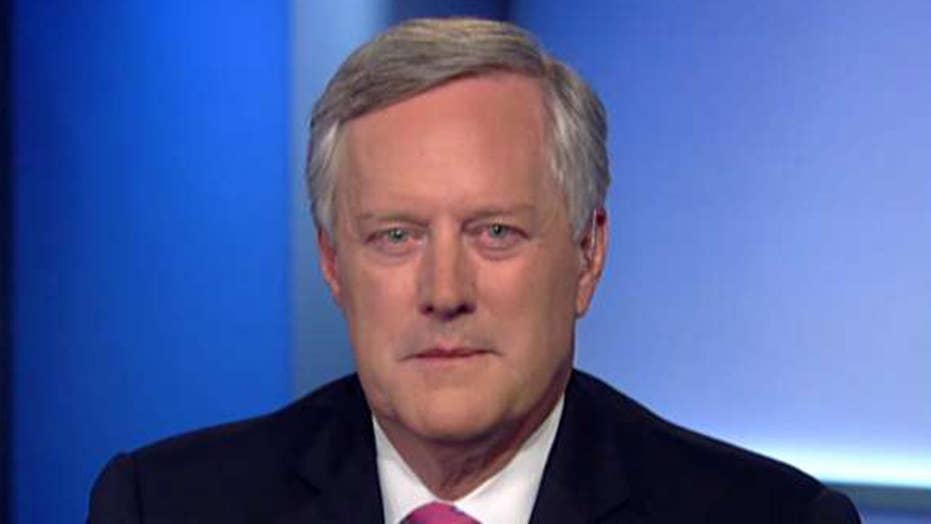 Rep. Mark Meadows reacts to violent protests outside of a 'Keep America Great' rally in Minnesota.

Meadows added, "Listen this is all about making sure that they can try to intimidate future Trump rally supporters and goers. And that's just not going to happen."

During the rally Trump welcomed Lt. Bob Kroll and other Minneapolis Police Department members on stage.

Scores of Trump supporters, as well as pro-impeachment demonstrators, lined up hours before the event at the Target Center in downtown Minneapolis began. At least one protester was photographed pouring milk on his face to counter the effects of pepper spray, as chaos unfolded outside the arena -- with pro-Trump hats being lit on fire, as some demonstrators harassed police and assaulted Trump supporters.

"What we need to make sure of is we take that message of freedom and hope to all Americans from coast to coast from Maine to Florida and from New York to California and in between and then we show them the differential," Meadows said. "The vast majority of America respects law enforcement appreciates the rule of law and do not endorse lawlessness."