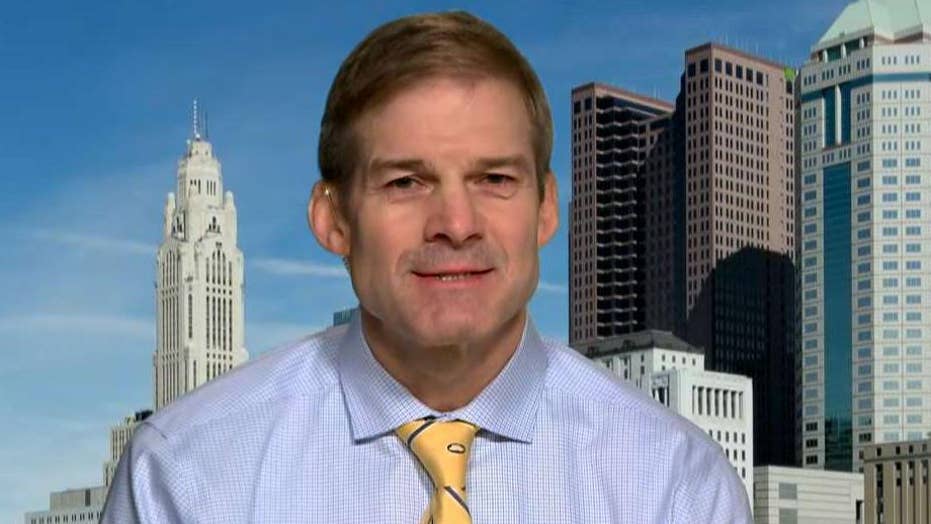 White House counsel Pat Cipollone has put together a great team and we'll do whatever we can to help the president, says Ohio Congressman Jim Jordan, ranking member of the House Oversight Committee.

"These four facts will never change, no matter how long Jerry Nadler and Adam Schiff talk."

The trial resumed Tuesday afternoon with Democrats and Republicans warring over the rules while Trump touted the U.S. economic boom several time zones away at the World Economic Forum in Davos, Switzerland.

Sen. Chuck Schumer, D-N.Y., took to the Senate floor immediately before the proceedings began to rail against the rules proposed by Senate Majority Leader Mitch McConnell to govern the trial, calling them a “national disgrace” and an attempt to conduct a trial at 2 a.m.

But McConnell pledged a “fair impeachment trial” and said he’ll move to table or kill various motions that he thinks would alter the framework. A revised framework resolution sent out by McConnell's office Tuesday afternoon gave both sides each an extra day to present their opening arguments and admitted the evidence gathered by the House impeachment inquiry into the trial record.