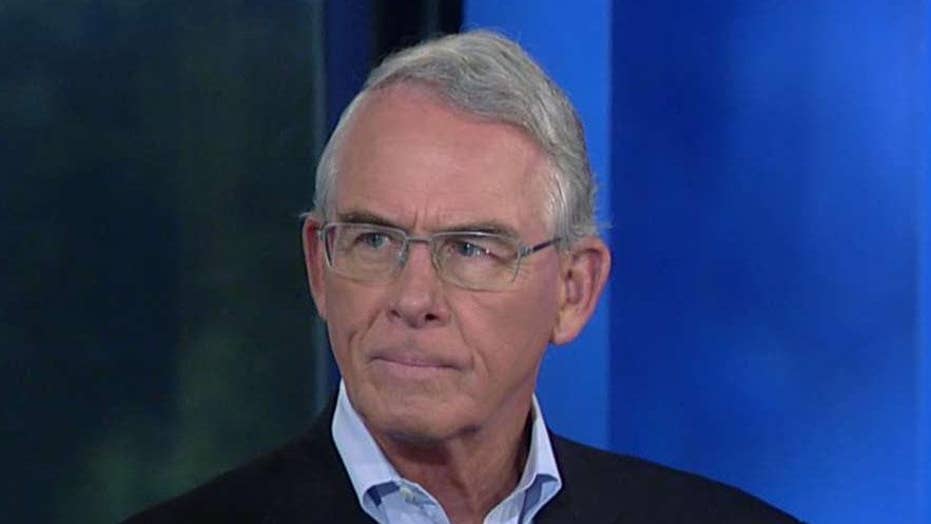 Rep. Francis Rooney says he will not seek a third term

Florida Republican Rep. Francis Rooney says he wants to be a model for term limits.

Rep. Francis Rooney, R-Fla., became the latest in a long line of Republican lawmakers to announce their retirement in 2020, saying that he already accomplished what he sought to do as Florida's representative.

Fox News host Leland Vittert had asked Rooney on Saturday if viewers should consider him one of the Republicans who wouldn't run for re-election in 2020.

He pointed to his efforts in getting money for Everglades projects and getting an offshore drilling ban passed to protect Florida.

"We've gotten all the major projects underway," he said.

He added that he wanted to be a model for term limits.

"People need to realize ... this is public service, not public life," the second-term congressman told Vittert.

The Florida congressman previously served as the U.S. Ambassador to the Holy See under former President George W. Bush.

Rooney told Vittert that he was "really tired" of the intense partisanship in Washington but wasn't tired of having to answer for President Trump's conduct.

Rooney clarified, however, that his retirement won't change the way he proceeds with impeachment, arguing that politicians should do the right thing at all times.

He also pointed to White House Chief of Staff Mick Mulvaney's comments, which he said was an explicit admission of a quid pro quo with Ukraine. "I think Mulvaney clarified, there is a point there," he said.

President Trump has maintained the impeachment inquiry was a form of "harassment" and that his call with Ukraine was well within the scope of his legitimate powers as president. Democrats have alleged that the phone call showed troubling evidence of Trump leveraging foreign aid in order to force Ukraine into interfering in the 2020 election.

When Vittert asked Rooney whether other Republicans felt the same as him, Rooney indicated some did but he mostly felt like an "island."

"I really felt like I've been on an island for some time," he said, pointing to former House Speaker Paul Ryan, R-Wis., not passing offshore drilling legislation for Florida. At that point, he turned to former House Minority Leader Nancy Pelosi, D-Calif., for help.