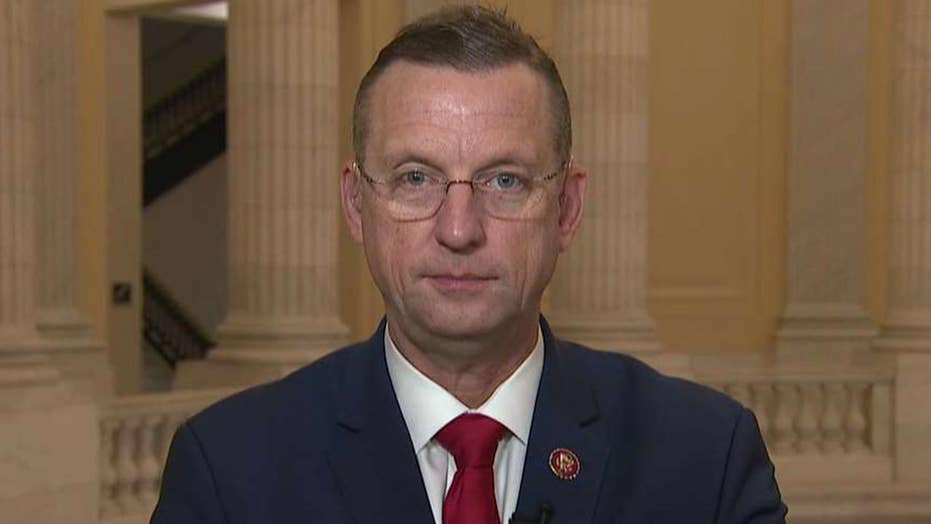 The committee's chairman Jerrold Nadler, D-N.Y., abruptly wrapped up an all-day marathon hearing on the adoption of two articles of impeachment against President Trump by delaying planned votes on the matter until Friday morning. Nadler said that he wanted "members on both sides of the aisle to think about what has happened over these last two days, and to search their consciences before we cast their final votes."

The decision sparked outrage among Republicans.

"They got tired. And they said Chairman Nadler made a calculation that they wanted to make sure that they could get it to another morning," he explained.

"They wanted to drag this out a little bit further because they have nothing that they have on this president.  We proved all day yesterday that the facts are just wrong. They are on the wrong side of history," he stated.

"So last night to be, I guess, cute ... they said we will put this off to go prayerfully consider what we're going to do at 10 a.m.," he told the "Friends" hosts. "Brian, they have not prayerfully considered anything for three years. They have wanted to impeach this president since the day he was elected."

"I have got no problem being up here. What I do have a problem with is there is nothing controversial about this vote. They know how they are going to vote," he stated. "And, this was simply a stunt by my chairman. It's bush league."

Collins also pointed out that Nadler has "been doing nothing but conducting this investigation to this point this year. It's just a travesty to the American people and it will show up next November."

He said that this moves shows just how "scared" Democrats are of the optics and politics of impeachment and that "they just have to make it up as they go."

"And, they think if they say it long enough and loud enough, somebody will believe them," he said.

There is no more time remaining for actual debate on the articles of impeachment under the 41-member Judiciary Committee's rules. On Friday morning, Fox News expects the panel to vote to adopt each article of impeachment on a party-line vote after a hearing that could last between 45 minutes to around two hours.