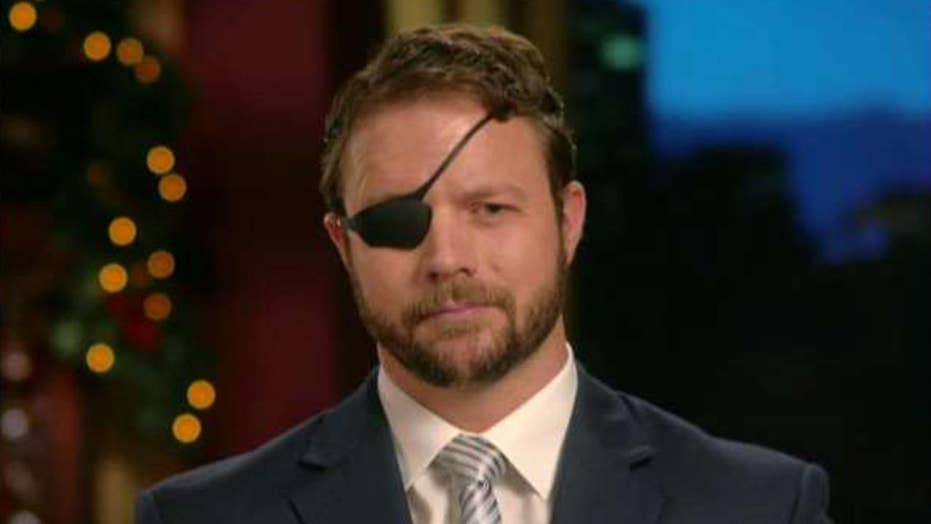 Texas Rep. Dan Crenshaw on the waning support for impeachment.

"What they're really hoping for, I think, is to make this narrative stick. to make it stick in the back of people's minds by the time the election comes in 2020," Crenshaw said on "The Story." "I think that's a dishonest tactic. But that's the only foreseeable tactic they could be using right now."

Crenshaw dismissed the investigation so far, saying Americans see it for what it is and that no evidence has been produced.

"But a lot of us talk to a lot of voters and independents, Republicans, even Democrats are a little sick of this. They do see this for what it is," Crenshaw said. "It's a political game. There's no evidence to be had here. We've had open impeachment hearings and every single time there's some new bombshell in the headlines... we actually see... there's nobody with firsthand knowledge of what the president's policy was on this."

50 percent of independents questioned in an NPR/PBS/Marist poll conducted Nov. 11-15 did not support impeaching and removing Trump from office, with just 42 percent backing such a move.

Crenshaw added, "They've gone so far down this rabbit hole, that it's that it really shows that there's political motivation behind it, just like the Mueller investigation, as it turns out."