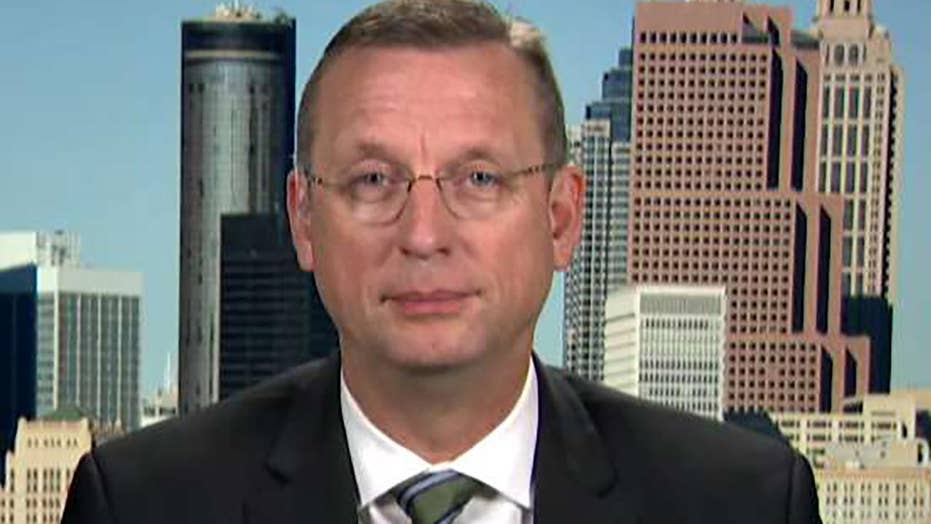 Rep. Doug Collins on being recommended to represent President Trump in a Senate impeachment trial

Collins added that he is prepared to do “whatever the president needs in this regard from the House.”

McCarthy also suggested on Sunday that he would choose Republican Reps. Jim Jordan of Ohio and John Ratcliffe of Texas to represent President Trump.

“I think we’ve already shown the ability to just blow up the case that the Democrats try to make on this president,” Collins said.

He added that while the president is focused on “simply doing the American people's business,” Democrats are trying to impeach him because “they got an election that they’re trying to influence and that’s next year’s election and they don’t care how they do it. “

Collins also reacted Monday to the fact that House Speaker Nancy Pelosi has not yet transmitted the articles of impeachment to the Senate saying, “Her hypocrisy in this one is just so overwhelming it should knock people down.”

PELOSI SUGGESTS SHE MAY WAIT TO SEND IMPEACHMENT ARTICLES TO SENATE: 'WE'LL MAKE A DECISION ... AS WE GO ALONG'

“Can you imagine [the] hypocrisy of Speaker Pelosi after she just presided over the most partisan, hack impeachment job that we have seen ever in our country’s history where rules didn’t matter, time didn’t matter all they wanted to do was impeach this president to get at him in the next election?" he added.

“She’s now trying to have everything her way and that’s just not the way it works Madam Speaker,” Collins continued. “If you want to do it right then go ahead and send the articles over to the Senate and let them see the tragedy which you all just put the American people through because you have no agenda, no policy and nothing to run on next year, and you got terrible candidates to do it with. All you got to do is try to impeach the president to get there.”