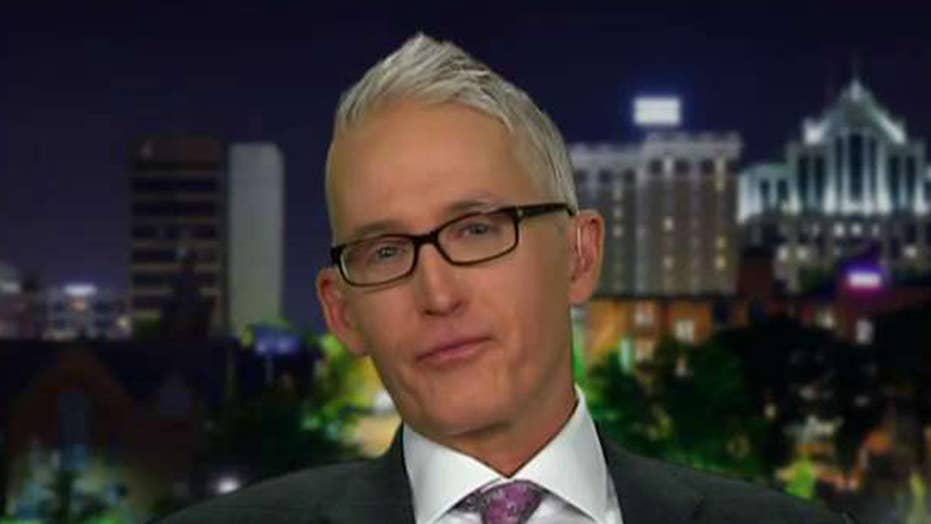 One of the most vocal pro-impeachment Democratic voices on Capitol Hill said the "genesis" of President Trump's impeachment began long before the Ukraine scandal.

Rep. Al Green, D-Texas, one of the first lawmakers to push for Trump's impeachment, appeared on MSNBC on Monday and was confronted about the president, and how his allies have weaponized Green's outspokenness against Democrats.

"Political expediency and insincerity -- those are two charges that have been leveled against Democrats during this entire affair, particularly since September when the formal impeachment inquiry started, and you play a starring role in those charges," MSNBC host Chris Hayes said to Green.

"The argument goes like this of House Republicans and Trump and his allies: the Democrats wanted to impeach Donald Trump from day one, they cast about looking for a set of facts that they could plausibly use to do it, and all of it was pretextual and reverse-engineered to get to this point, and Exhibit One: Congressman Al Green, who [has] been calling for the man's impeachment for two years now," Hayes said. "What's your response to that charge?"

Green didn't deny the charge being made against him.

REP. AL GREEN FEARS THAT TRUMP 'WILL GET REELECTED' IF HE'S NOT IMPEACHED

"Well, the genesis of impeachment, to be very candid with you, was when the president was running for office and he had members of his own party to talk about his unfitness to hold office," Green told Hayes, later citing rhetoric from Sen. Mitt Romney, R-Utah; Sen. Ted Cruz, R-Texas, and Sen. Lindsey Graham, R-S.C., from the 2016 election. "So the president didn't have the luxury of persons from his party having been on his side as it were throughout this entire ordeal."

He continued: "With those things in mind and with the president's behavior before us, firing Mr. [James] Comey who was investigating the intrusion of Russia into his campaign, our election -- that was something that was not to be tolerated. And the president has continued to try to thwart the efforts of Congress to investigate with Mr. [Robert] Mueller."

"More specifically, I said that the president would claim that he was exonerated if there were impeachable actions that he performed and we did not move to perform our duty to impeach him.," Green added. "He has distorted the truth. He has twisted it and tried to crush it to earth."

Earlier this year, Green raised eyebrows when he expressed his fear that Trump "will get reelected" if Democrats did not pursue impeachment.