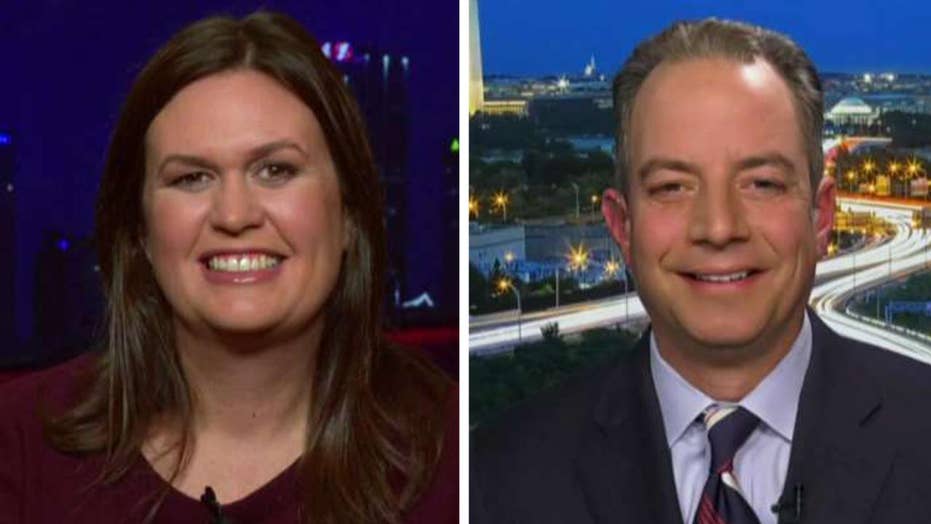 "I think the Republicans might want to consider getting very bold about this. Exert executive privilege over John Bolton, exert... executive privilege over Mick Mulvaney," Priebus said on "Hannity" "Call on Hunter Biden and find out what the truth is. Because the center of the Democrats' case is that, you know, was it reasonable for the president to ask about... [Joe and Hunter] Biden?"

House Speaker Nancy Pelosi announced Friday that she will take steps next week to send impeachment articles to the Senate, after delaying the process in a bid to extract favorable terms for a trial.

In recent days, Pelosi's fellow Democrats had started to voice frustration and impatience with the speaker's approach. They stressed the urgency with which impeachment was treated at the end of 2019 and questioned why the House would then delay a trial by using articles as leverage.

"It's time to make them nervous about the games that they're playing today with the United States Senate. And I think Hunter Biden is going to be a big issue," Priebus said. "I do think we need to be careful not to play it all of it too early where it gets old potentially in the general election."

"But Hunter Biden should be investigated and there needs to be a strategy behind it," Priebus added.