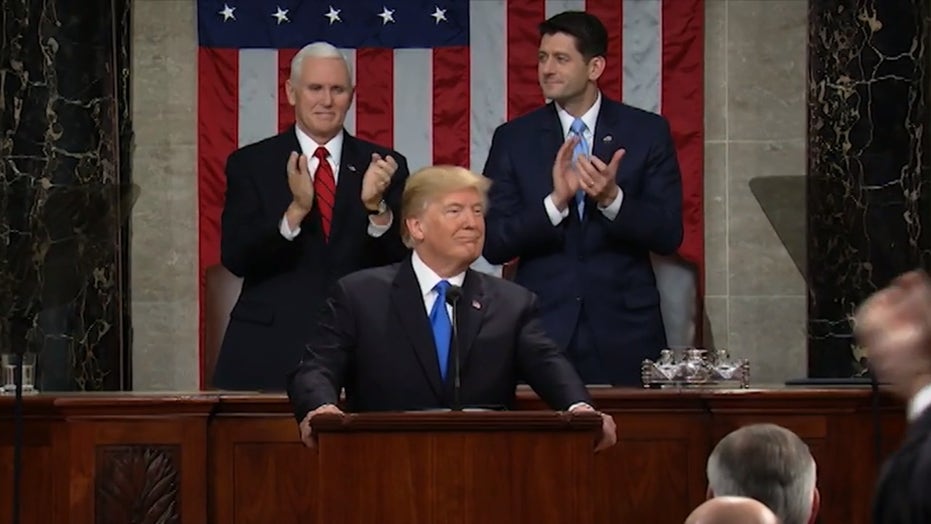 The State of the Union Address is one of the greatest traditions in American politics. On Tuesday, February 4, 2020, the 45th president, Donald J. Trump, will deliver his third address to the nation.

Fox Nation's series "State of the Union: Memorable Addresses" looked back on some of the greatest speeches ever delievered.

President Trump gave his first State of the Union address on Tuesday, January 30, 2018, and it focused on the issues of job and the economy, infrastucture, trade and immigration.

The president also made this appeal for American unity.

"This, in fact, is our new American moment. There has never been a better time to start living the American dream. So to every citizen watching at home tonight, no matter where you've been or where you've come from, this is your time. If you work hard, if you believe in yourself, if you believe in America, then you can dream anything. You can be anything. And together, we can achieve absolutely anything. Tonight, I want to talk about what kind of future we're going to have and what kind of a nation we're going to be. All of us together as one team, one people and one American family can do anything. We all share the same home, the same heart, the same destiny and the same great American flag."

"Together, we are rediscovering the American way in America. We know that faith and family, not government and bureaucracy, are the center of American life."

"The motto is 'In God We Trust,'" said the president to thunderous applause.

To watch all of President Trump's 2018 State of the Union and other memorable speeches, go to Fox Nation and sign up today.