Tucker: Airline employees have more power than they realize

A commercial airline pilot slammed President Biden for his September edict mandating most U.S. employees receive an injection of the coronavirus vaccine to be able to keep their jobs, as Southwest Airlines continues to grapple with hundreds of canceled flights initially blamed on weather and other issues.

Joshua Yoder, co-founder of U.S. Freedom Flyers, told Fox News on Monday that pilots and other staff should not be forced to submit to an injection of unwanted pharmaceuticals at the order of their government.

"My motive for resisting it is primarily religious for myself. Among my friends I saw a need. Many of us don’t want to take this. People were being coerced, I believe in freedom and I’m here to support the freedom of my fellow employees and all people across this country. I’m not going to take a mandate, I’m not going to be forced to do something I don’t believe in," he said on "Tucker Carlson Tonight."

Yoder warned that if the warning from the past weekend isn't heeded, the effect of thousands of American workers being fired en masse will have devastating and lasting effects on the U.S. economy as well as everyday life for all Americans:

"If you have flights reduced by 30% because 30% of pilots are fired because they won’t take the vaccine, this is going to affect how your goods get here from overseas, how they are distributed to the store," he said.

"The same thing is happening with the truckers, it’s happening in the shipping industry. Those Amazon boxes that typically show up in two days, you might be looking at three weeks." 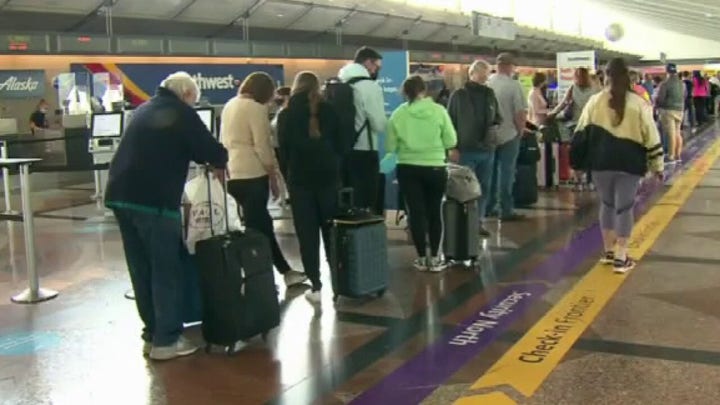 In that regard, host Tucker Carlson said this entire situation would've been avoidable had it not been for a "purge overseen by Susan Rice" of unvaccinated Americans: "[It] ha[s] nothing whatsoever to do with public health and everything to do with the accumulation of political power."

While Biden continues to act as if he has all of the power in this equation, Yoder said the opposite is true, as evidenced by the alleged mass sick-outs or walkouts.

"First of all, we have all the control, and the control comes from a simple word, and that is ‘no’," he said. "We just don’t need to comply."

"As far as I’m concerned I will never promote a sick-out or a work action that is illegal. With U.S. Freedom Flyers, the organization I'm with, we will never promote such a thing. With that being said, we also cannot control the actions of individuals. And I think that you will see massive disruptions in supply chain and in your travel if we just stand up and say no. 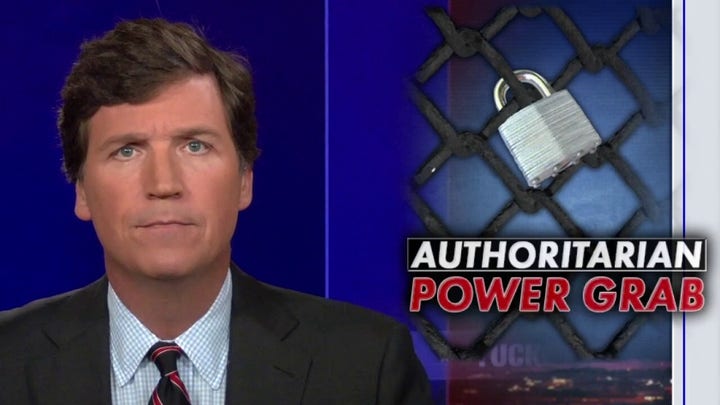 Carlson noted Biden's habit to date is to criticize and target Americans who do not comply with his personal wishes – pointing to a recent speech alongside Illinois Gov. J.B. Pritzker in which Biden attacked "the unvaccinated" as risking economic and medical turmoil.

"The unvaccinated patients are leaving no room for someone with a heart attack or in need of a cancer operation and so much more because they can’t into the ICU.  They can’t get into the operating rooms," Biden claimed.

"The unvaccinated also put our economy at risk because people are reluctant to go out," Biden added, with Carlson commenting that no American president has ever spoken like this about his own people.

Carlson went on to ask Yoder what he will think when Biden potentially blames him or others like him for the multifaceted repercussions of the walkouts if they were multiplied.

"It's his fault," replied Yoder. "It is squarely his fault."