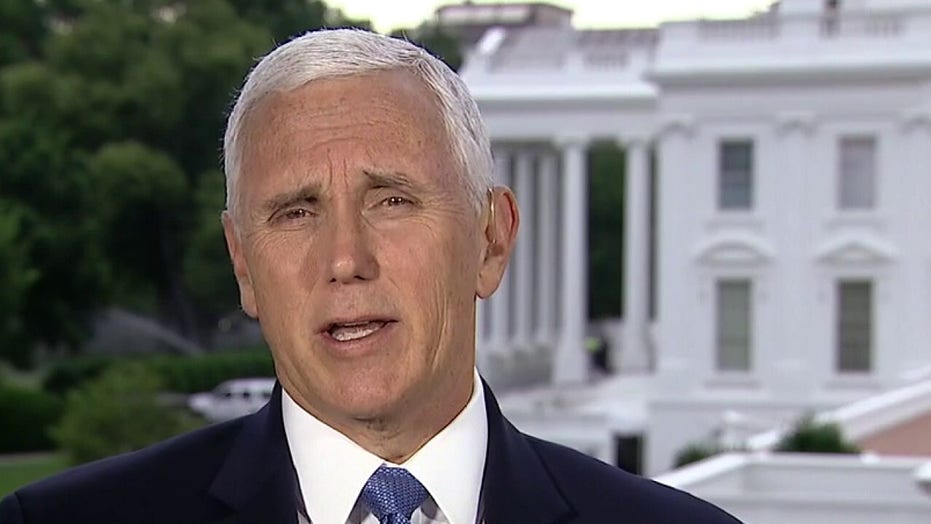 Is it harder for African Americans to make it this country? Vice President Mike Pence explains how the Trump administration is helping the African American community make progress

In an interview on "Fox & Friends" with hosts Steve Doocy, Ainsley Earhardt, and Brian Kilmeade, Pence refuted a recent tweet from presumptive 2020 Democratic presidential nominee Joe Biden which claimed that the Trump administration's "race-neutral policies" are "not a sufficient response to race-based disparities."

"We need to tackle systemic racism head-on and ensure everyone has a fair shot at the American dream," the former vice president wrote.

Pence replied that he had seen Biden's tweet and that there would be reformative action taken in response to injustice during the coming days.

"As the president spoke in Dallas last week, he's made it clear that while we're going to take a step today to provide new resources to law enforcement to help them embrace higher standards on de-escalation and the use of force and...information-sharing," he promised.

"Nobody hates bad cops more than good cops. And, most of the men and women who put on a uniform of law enforcement every day are really the best of us. We know that. So, we're going to take these steps today to help improve policing, to move that process forward as a country in the wake of these tragic events and the violence that ensued," Pence remarked further.

The president is expected to sign an executive order on law enforcement reform on Tuesday.

"I mean, Biden says everybody ought to have a fair shot at the American dream. Well, we would say, 'Well, why don't you support allowing African-American families to choose where their kids go to school?'" he asked.

"I mean, this president has actually stood strong for school choice. We've doubled the educational choice program here in our nation's capital. And, we really do believe that you shouldn't...be denied the ability to choose where your kids go to school just because of your zip code or because of your income," Pence stated.

Biden has come out against for-profit charter schools. In his plan, he also says he wants to provide pre-kindergarten education for all children, "improve teacher diversity," and "eliminate the funding gap between white and non-white districts, and rich and poor districts." 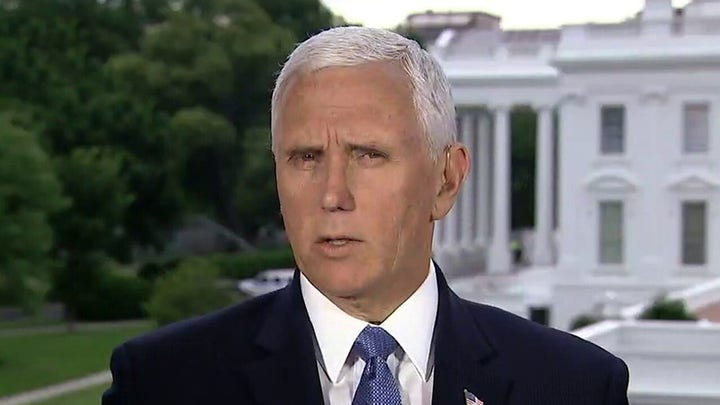 Finally, Pence turned to the president's number one issue: the economy.

"But we also....under this president's policies, we had the lowest unemployment number ever recorded for African-Americans," he told Kilmeade.

Pence added that by working in partnership with Sen. Tim Scott, R-S.C., there are now more than 4,000 Opportunity Zones that have attracted $100 billion of investment into cities across the country.

"I mean, we understand that the media narrative around this time and the negativity around this time, but as I sat down with African American leaders in Pittsburgh, in Maryland as the president welcomed leaders here to the White House and in Dallas, I think millions of African Americans saw the progress that we were making over the last three years," he pointed out.

"And they know as we bring this economy back in the wake of not just these tragic events and the violence that ensued but in the wake -- of course -- of this coronavirus pandemic that it's President Donald Trump who has the prescription for more prosperity, more educational opportunity, and really more access to the American dream than 50 years of Democrat leadership under the likes of Joe Biden has ever given them," Pence concluded.