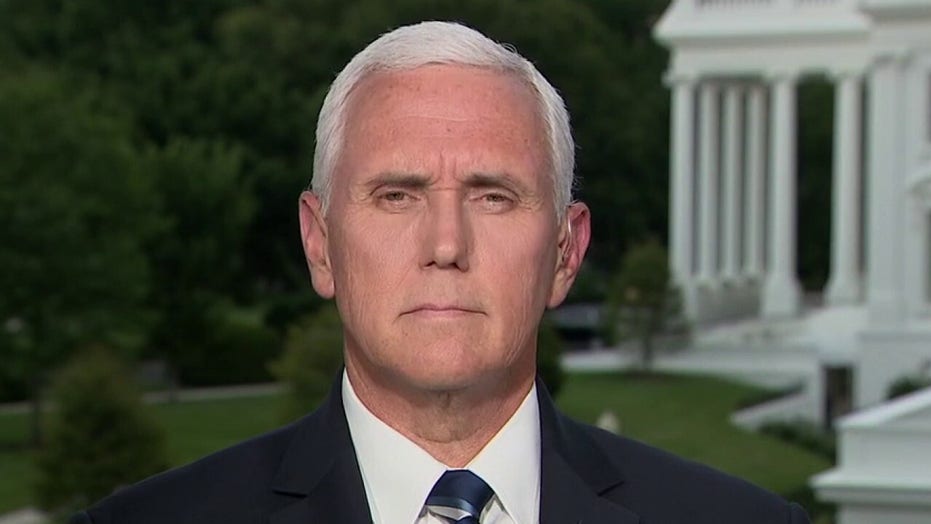 Pence told "The Story" host Martha MacCallum that the panel's majority, led by Chairman Jerrold Nadler, D-N.Y., "wanted to be heard more than they wanted to listen."

"Bill Barr is leading the Justice Department in this country with great integrity and brings a lifetime commitment to the rule of law," the vice president said. "But to see it today, in the little bit that I was able to watch, it was clear that the Democrats wanted to hear themselves talk more than they wanted to hear from the attorney general of the United States."

Pence specifically called out Nadler's claim during the hearing that the Federal Protective Service dispatched agents to Portland, Ore., to quell violent rioting because "the president wants footage for his campaign ads."

Since July 1, the vice president said, the Department of Homeland Security has reported that 188 federal law enforcement officials have been injured by protesters, who have used kerosene, rocks, explosives and lasers to cause physical harm to those agents. 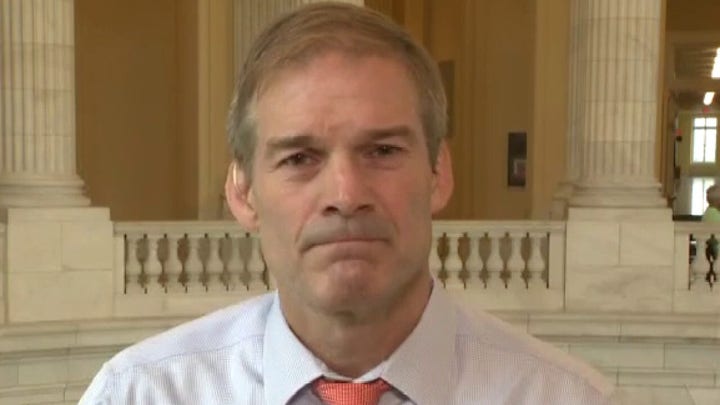 "President Trump has made it clear, we will have law and order in our streets," Pence said. "With [presumptive Democratic nominee] Joe Biden and the radical Democrats, they want to defund the police. We are going to fund law enforcement [and] we are going to stand up for law and order and that begins right in Portland."

He also responded to Rep. Greg Stanton, D-Ariz., after the Phoenix lawmaker claimed during the hearing that Barr and Trump are fabricating and advancing "false conspiracy theories" about the pitfalls of large-scale mail-in voting.

"The integrity of the vote is paramount ... the right to vote is at the heart of this democracy, and absentee balloting is a time-honored tradition," Pence told MacCallum. "But what you see across this country, in Democrat-led states, is an effort for universal distribution of ballots without the accountability you have with absentee balloting. And when you combine that with states like California that actually allow what is called vote bundling or vote harvesting, you see where the entire ability for widespread fraud is very real.

"[Y]ou will continue to hear from this administration a commitment to protect the 'one person, one vote' integrity of our election system..."

Turning to the subject of whether schools should reopen for in-person instruction this fall, Pence said it was important that the U.S. move in a "measured way," while respecting the fact that in-person learning is crucial to a child's education.

"Martha, I'm married to a school teacher and she is getting ready to be back in the classroom this fall," the vice president said. "We've got to get our kids back to school. There are going to be some states --  and we follow the data on the White House coronavirus task force county by county and city by city --there are going to be some areas that will want to move in a more measured way and we will respect governors and states as they make those decisions.

"[The] CDC put out guidance last week that recommended we get our kids for economic well-being and their health and well-being back into the classroom. We know the risk of the coronavirus to healthy children is very low. We know that there are real costs [to] disrupting education for special needs kids and disrupting nutrition. The reality is that our kids will be better off in school."