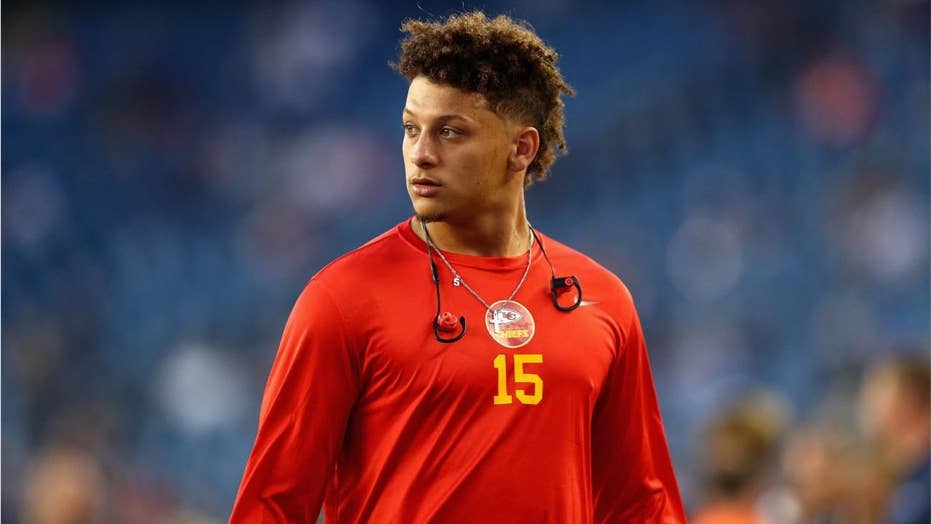 NBC Sports analyst Mike Florio is taking heat for appearing to suggest that the San Francisco 49ers should try to injure Kansas City Chiefs star quarterback Patrick Mahomes during Super Bowl LIV, but the NFL pundit feels says his comments were taken out of context.

Mahomes is the reigning NFL's MVP and recently propelled the Chiefs to the Super Bowl with a remarkable 27-yard touchdown run in the AFC Championship game against the Tennessee Titans. Several observers feel Florio condoned dirty play by San Francisco to stop Mahomes, one of the league’s most dominant players.

Florio, who founded the popular ProFootballTalk.com, was careful to put a verbal disclaimer before his comments on Wednesday, but they caused widespread outrage anyway.

“I want to be careful here, because I’m not suggesting that they try to knock him out of the game. That’s not what I’m saying, but at a certain point, you trade the risk of 15 yards if you can send a message,” Florio said. “Football is still a physical, violent game. If you can hit him, even if it’s close to the sideline, even if he, maybe, started into a slide, when the championship is riding on it, I think it’s a different analysis.”

NBC Sports analyst Mike Florio penned a response after he was criticized for appearing to suggest that the San Francisco 49ers should try to hurt Kansas City Chiefs star Patrick Mahomes.

Florio then said the 49ers might give up 15 yards for an unsportsmanlike conduct penalty, or half the distance to the goal line, which is the punishment when a team is inside the 15-yard line.

“That’s the thing… if somebody had blown up Patrick Mahomes, inside the five [yard line], OK, it goes from the four to the two, big deal,” he said. “So, again, I’m not saying that should be part of the deliberate effort, but the Super Bowl is riding on it, and if this guy is going to think that he can just run through the defense, without any physical consequence, they need to dispel him of that notion the first time he tries.”

The story was covered by publications ranging from Sports Illustrated to the New York Post and became a hot topic on sports talk radio. Chiefs blogger Matt Conner didn’t appreciate the comments, calling them “egregious and disgusting” in a scathing takedown.

“From time to time, someone will say something so egregious and disgusting, so outlandish and vile, that it warrants a mention—if only to pause and point out the sheer lack of humanity in the statement,” Conner wrote. “Florio is right in that football remains a violent game, but the NFL has been working diligently to smooth out its own edges in whatever way they can via equipment overhauls and rule changes in the name of player safety.”

Conner added that the “idea that the 49ers need to take cheap shots, to follow violent means to their violent ends, in order to ‘send a message’ is not only dated but it’s disastrous” because violence shouldn’t be condoned.

“Florio is a revolting pig for saying what he did, an unscrupulous clown who doesn’t deserve the stage he’s been given,” Conner wrote. “No one should ever even think things like this, let alone say them out loud. But for a person used to a microphone, it’s completely irresponsible and warrants action by both NBC Sports and Florio himself in the form of an apology and retracted statement."

Many football fans took to Twitter to criticize Florio and a Change.org petition was even started, calling for the analyst to be "held accountable" for his comments.

“One specific quote from that discussion, despite the plain, clear words used, has become a rallying cry for Chiefs fans who contend that I’m advocating that 49ers players try to injure Mahomes if he runs the ball in Super Bowl LIV. It’s not what I said. It’s not what I believe,” he wrote. “I was on the Mahomes bandwagon before there was a bandwagon, and I’ve marveled at every great play he has made in his two years as a starter… I’ve praised him publicly and privately for being unaffected by the superstardom that inevitably arrived.”

Florio wrote that his remarks were misunderstood by fans who have only seen “an out-of-context snippet on Twitter” and don’t know his true intention.

“The quote that landed on social media — the precise language of which is being, for whatever reason, twisted and warped into something that it wasn’t and isn’t — omits the broader context,” Florio wrote before posting the full exchange, which included a conversation about the Titans' poor attempts to tackle Mahomes when he scrambled out of the pocket and can be treated as a runner, as opposed to a QB.

“It’s not about trying to injure Mahomes. It’s about treating a quarterback who becomes a running back like a running back, applying the kind of hit that will make him think twice about becoming a running back again,” Florio explained. “I did not say they should hit him after he’s out of bounds. I did not say they should hit him when he’s clearly into his slide. I said that, if it’s close to the sideline or maybe he has started into his slide, they shouldn’t pull up, not with a world championship riding on the outcome.”