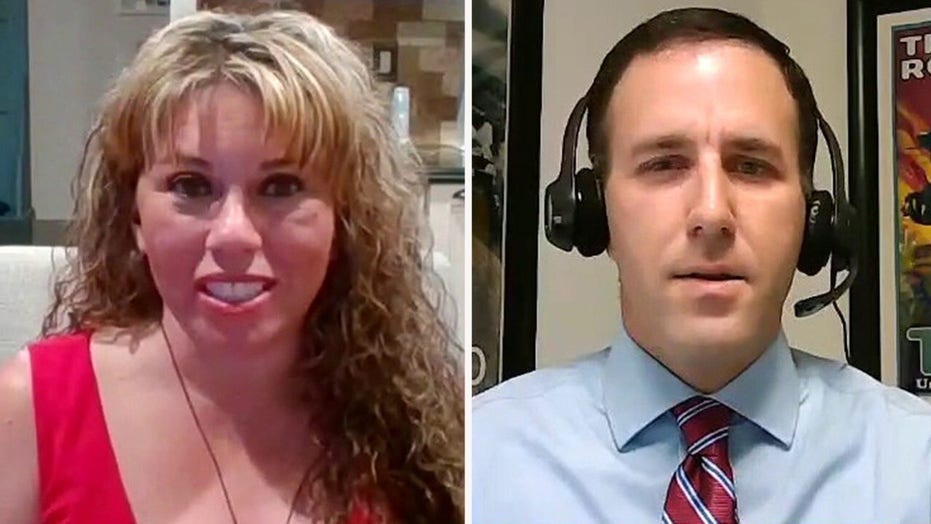 Two California parents suing their Democratic Gov. Gavin Newsom to reopen schools for in-person learning explained Friday that they're concerned about their children.

In an interview on "Fox & Friends," Christine Ruiz told host Ainsley Earhardt that she has been listening to physicians and pediatricians across the country who say it is "essential" for kids to return to classrooms.

"And especially for my two sons who have special needs, both are diagnosed with autism -- one with severe, one with mild it -- it is essential. It is imperative," she said. "Regression is dangerous and profound for them. So, it's definitely something that we thought we needed to fight for."

Jesse Petrilla, a father of two boys, noted the damage shuttered schools have caused for both parents like him and their children. 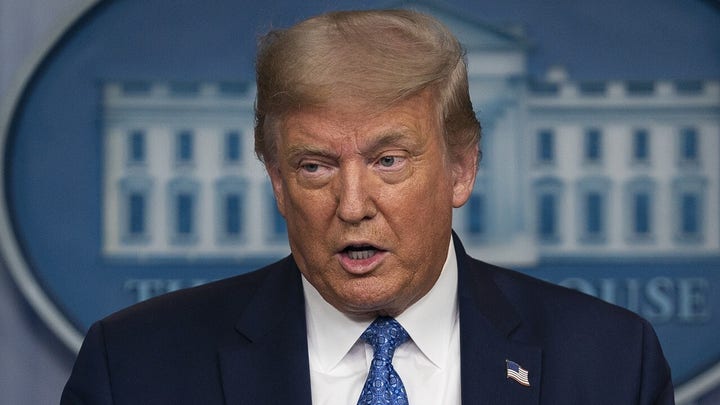 "This [is] an issue that broadly affects all parents across the board. It doesn't matter [what] political party [or] demographics," he said. "And, me personally -- as the father two of boys – I’ll tell you what I noticed with our 6-year-old. He loved going to school when he entered kindergarten last year...But, I noticed as soon as the distance learning started, [there was] a decrease in his motivation, a decrease in his enthusiasm for learning.

"And, it was so disheartening to see because this is a kid [who] would wake up and say, ‘I want to go to school. Oh, we’re going to be late, Dad!’ We [have seen] the decline. Discipline has been lacking," Petrilla added.

He told Earhardt distance learning is a "joke," pointing out that "half of the battle" for young kids is social interaction.

"And, frankly the data just doesn’t support such a drastic action by the governor. The death rate has been continuously dropping," Petrilla said. "We have had in the state of California zero deaths in children under the age of 18, thankfully.

"And, this affects working-class people the most. I mean, these are -- how are you going to tell a single mother who is a waitress that you are going to have to distance learn your kid coming up or pay for daycare costs?" he asked. "I mean, this is such an important issue that we're just so thankful to be a part of the fight. I mean, we need to stand up and fight against these overreaching policies."

California Gov. Gavin Newsom visits the California Department of Forestry and Fire Protection's McClellan Reload Base in Sacramento, Calif., on July 9, to discuss the state's new efforts to protect emergency personnel and evacuees from COVID-19 during wildfires. (AP)

Ruiz said that the special needs population usually needs extra attention and special services that are critical to their learning.

"These are hands-on learners. They are in a classroom with a highly educated teacher who specializes in special needs, behavioralists, speech therapists, occupational therapists," she said. "And, when you remove those teams from those children, there is no type of learning. They cannot learn from webinars."

What Ruiz is most concerned about with her children is regression or cognitive decline that could have a negative long-term impact.

Ruiz and Petrilla are partnered with The Center for American Liberty to fight Newsom's school closure mandates. 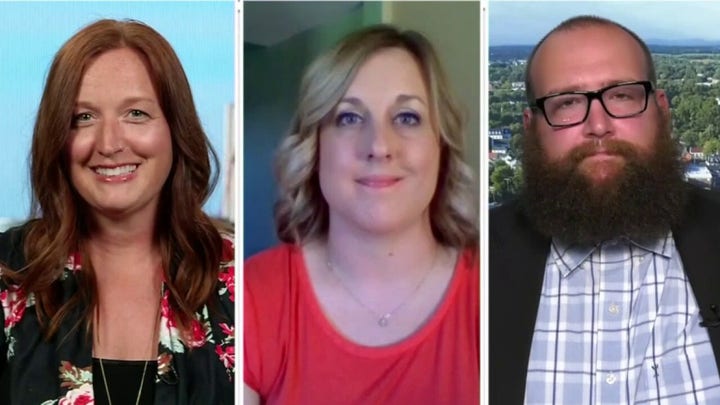 The lawsuit, announced Tuesday, is aimed at halting Newsom’s Friday order, which states that in order to resume in-class instruction a county on the COVID-19 watch list must be off the list for a two-week period. The Center for American Liberty claims the governor's actions are unconstitutional and accuses him of putting politics ahead of education.

As of Tuesday, more than 30 of the state’s 58 counties were on the watchlist.

California is once again the center of the virus, with numbers rising at an alarming rate.

According to The Los Angeles Times, on Thursday there were an additional 9,642 plus COVID-19 cases in the Golden State, bring total confirmed cases to over 431,100. There were also over 150 deaths; the total death toll has now reached over 8,200.