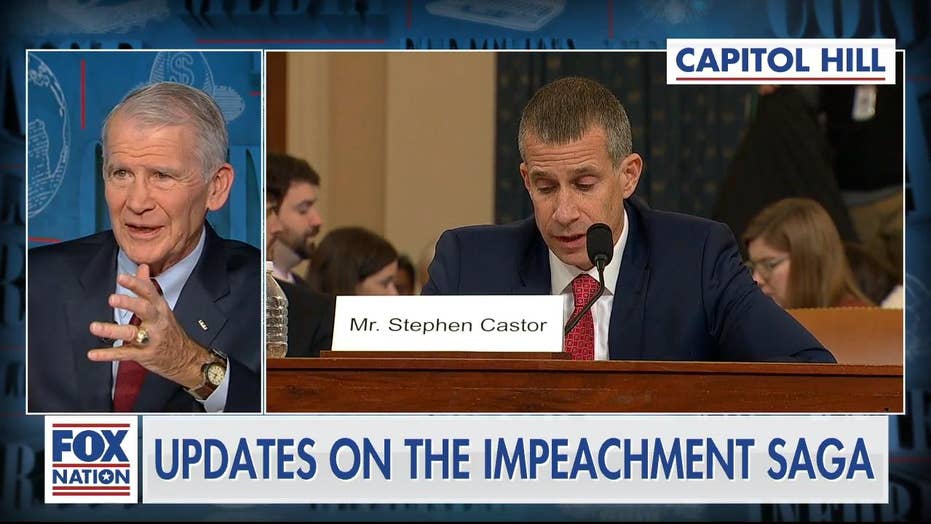 Trump will be impeached, but will be reelected because of it: Oliver North

Retired Lt Col. Oliver North revealed his 2020 predictions on Monday as Democrats move forward with the process to draft articles of impeachment against President Trump.

"Here's my prediction: Number one, the president is going to be impeached," North said. "Number two, the Senate will not convict him. Number three, he will be reelected in large part because of what they're doing today, and what they're about to do with the articles of impeachment. And, number four -- it means the Republicans will recapture the U.S. House of Representatives," North said.

On Monday, the House Judiciary Committee held a hearing for committee lawyers to present evidence in the impeachment case against Trump after House Speaker Nancy Pelosi last week called on lawmakers to proceed with drafting articles of impeachment.

On Fox Nation's "Deep Dive," North said Trump's impeachment was inevitable, though the Republican majority in the Senate would ensure he'd remain in office for the remainder of his term. North also said impeachment will lead fed-up Americans to reelect Trump in 2020.

"They have made a terrible mistake," he said, warning Democrats that their continued impeachment efforts would have significant ramifications. 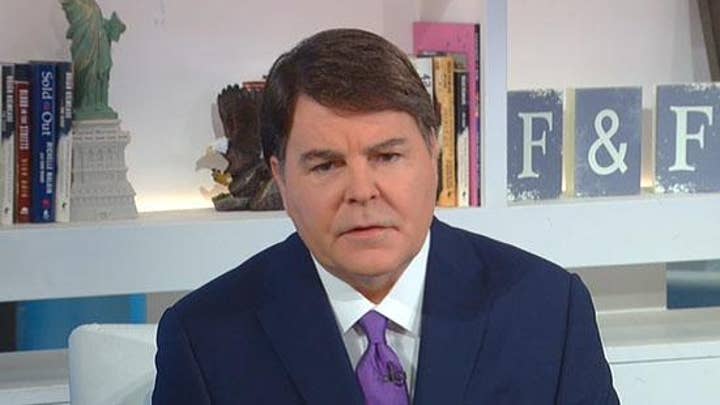 "It's altogether possible that Nancy Pelosi has written her political obituary as speaker of the House," Jarrett said.

"You know," he continued, "if Democrats think that an impeachment trial in the U.S. Senate is going to be anything like the [Adam] Schiff charade that has occurred with witnesses who weren't fact witnesses, but offering speculation and hearsay and opinion, they're terribly mistaken," he added, referencing the House Intelligence Committee chairman, a California Democrat.

"Republicans are in control in the United States Senate and it won't be a trial so much of Donald Trump as it will be a trial of Joe Biden and Hunter Biden and Adam Schiff, and the fake whistleblower -- who is not a whistleblower under the law and is entitled to absolutely no anonymity."

A whistleblower complaint sparked the impeachment inquiry. Democrats said Trump improperly pressured Ukraine to seek information on the dealings of former Vice President Joe Biden and his son Hunter in that country. Trump repeatedly has denied doing anything wrong.

Later in the segment, North doubled down on his prediction of a Trump impeachment when Tom Kilgannon, the president of the military charity Freedom Alliance, raised the possibility that Democrats may lack the votes.

"Well, I hope that, but I don't see it happening," North replied.

North, also a #1 New York Times bestselling author, is commonly known for being implicated in the Iran-Contra affair in the 1980s. He was convicted of three charges, all of which were dropped and eventually overturned.

For North's extended commentary on his predictions heading into 2020, the impeachment probe, and more, join Fox Nation and watch the latest episode of "Deep Dive" today.