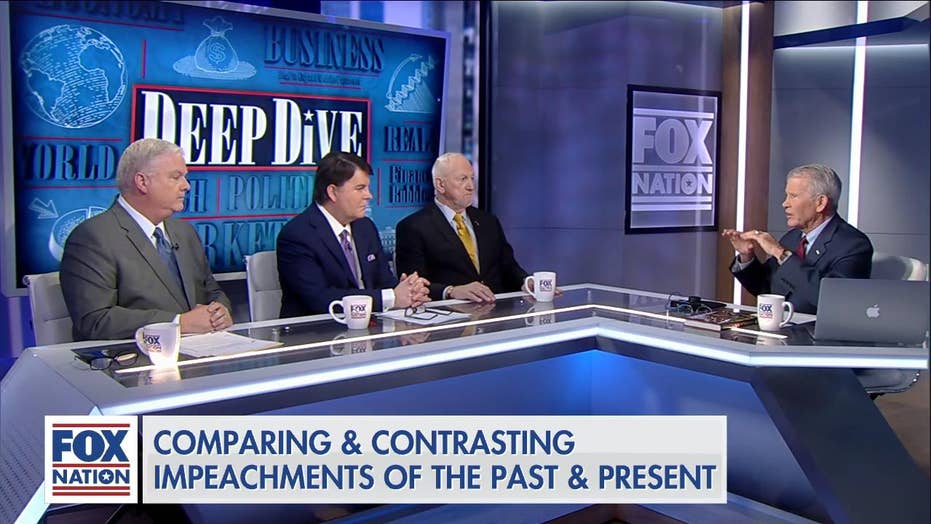 Democrats determined to impeach Trump, as they were with Ronald Reagan: Lt Col Oliver North

Retired Lt. Col. Oliver North said history appears to be repeating itself, as Democrats in the House held more hearings Monday in their impeachment inquiry of President Trump.

North, who served on National Security Council staff in the Ronald Reagan administration, argued that Democrats have been just as determined to impeach Trump as they were intent on removing Reagan from office.

"Back in the 1980s in the aftermath of Grenada, there were threats to impeach Ronald Reagan and it came from the speaker of the House... Tip O'Neill," said North on Fox Nation's "Deep Dive" on Monday.

Top Democrats "gathered together," North said. "And, they said, 'We're going to find a way to get rid of this cowboy'... They did not like President Reagan."

On Nov. 11, 1983, seven House Democrats introduced a draft resolution to impeach Reagan, arguing that he had committed a high crime or misdemeanor by "ordering the invasion of Grenada in violation of the Constitution," among other charges. Reagan had greenlit the operation after a series of coups replaced Grenada's democratically-elected government with a pro-Soviet military regime.

"Of course, they got all they ever wanted in November of '86, the Iran-Contra affair was exposed and they knew that they had it," continued North, referring to the scandal over the Reagan administration's funneling of arms-sales proceeds to rebel forces in Nicaragua, known as the Contras. North was convicted on three counts, which were later dismissed, for his involvement in the Iran-Contra affair.

"Just like this whole thing with finding out that [Trump] had a conversation with another foreign leader. They've got their hook," he contended, drawing a parallel between 1986 and today. 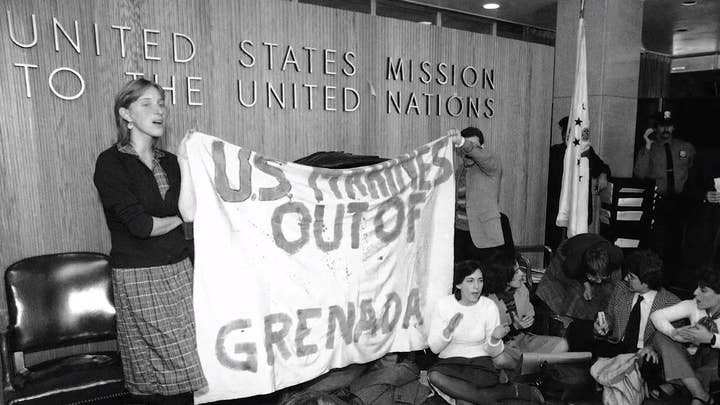 "At the end of the day, they held a hearing in the summer of '87... and they had their backsides handed to them.  A Navy admiral and a Marine lieutenant colonel said, 'You're not going to get us to do the wrong thing here and accuse the president of it,'" he said in reference to former Reagan National Security Adviser John Poindexter and himself.

"Then, the House of Representatives, they looked at it and said, 'Oh, my God, we're not going to put those two guys back on the stand in an impeachment trial in the Senate. Are you guys nuts?' and walked away from it completely."

In conclusion, North predicted the Democrats would find themselves empty-handed at the end of this impeachment process.

He said witnesses will "testify in that Senate trial that are not only going to exonerate Donald Trump as president of the United States -- they're going to encourage Americans who didn't vote for him last time to get out and vote for him because of the abuse of what's going on right now," he concluded.