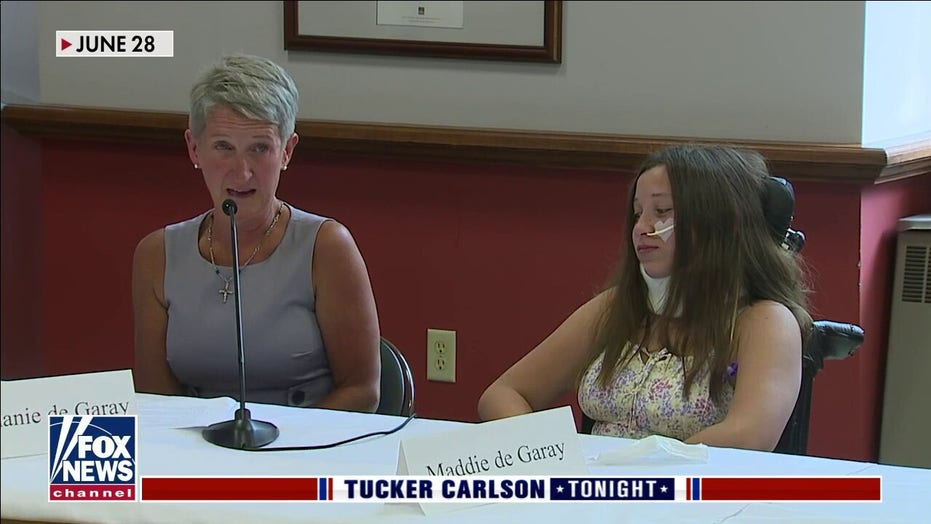 Mother Stephanie De Garay joins ‘Tucker Carlson Tonight’ to discuss how her 12-year-old daughter volunteered for the Pfizer vaccine trial and is now in a wheelchair.

An Ohio mother is speaking out about her 12-year-old daughter suffering extreme reactions and nearly dying after volunteering for the Pfizer coronavirus vaccine trial.

Stephanie De Garay told "Tucker Carlson Tonight" Thursday that after reaching out to multiple physicians they claimed her daughter, Maddie De Garay, couldn’t have become gravely ill from the vaccine.

"The only diagnosis we've gotten for her is that it's conversion disorder or functional neurologic symptom disorder, and they are blaming it on anxiety," De Garay told Tucker Carlson. "Ironically, she did not have anxiety before the vaccine."

De Garay explained that after receiving the second coronavirus vaccine dose, her daughter started developing severe abdominal and chest pains. Maddie described the severity of the pain to her mother as "it feels like my heart is being ripped out through my neck." 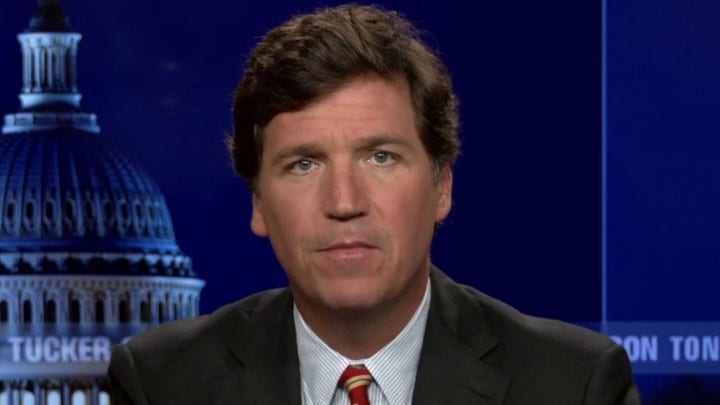 "She still cannot digest food. She has a…tube to get her nutrition," De Garay said to Carlson. "She also couldn't walk at one point, then she could…I don't understand why and [physicians] are not looking into why...now she's back in a wheelchair and she can't hold her neck up. Her neck pulls back."

Carlson asked whether any officials from the Biden administration or representatives from Pfizer company have reached out to the family.

"No, they have not," she answered.

TUCKER CARLSON: IF PUBLIC OFFICIALS KEEP ACTING LIKE THIS, THERE MAY BE A REVOLUTION

"The response with the person that's leading the vaccine trial has been atrocious," she said. "We wanted to know what symptoms were reported and we couldn't even get an answer on that. It was just that ‘we report to Pfizer and they report to the FDA.’ That's all we got."

After her heartbreaking experience, the Ohio mother said she’s still "pro-vaccine, but also pro-informed consent." De Garay mentioned she’s speaking out because she feels like everyone should be fully aware of this tragic incident and added the situation is being "pushed down and hidden."

De Garay said she had joined a Facebook support group to help people cope with the unexpected events happening from the coronavirus vaccine trial, and she said it was shut down.

"They need to do research and figure out why this happened, especially to people in the trial. I thought that was the point of it," De Garay concluded. "They need to come up with something that's going to treat these people early because all they're going to do is keep getting worse."

Sen. Ron Johnson, R-Wis., has sent letters to the CEOs of Pfizer and Moderna seeking answers about adverse reactions to the COVID-19 vaccine following a June 28 press conference with affected individuals. The conference in Milwaukee included stories from five people, including De Garay.

Pfizer and Moderna did not immediately respond to inquiries from Fox News about Johnson's letters.