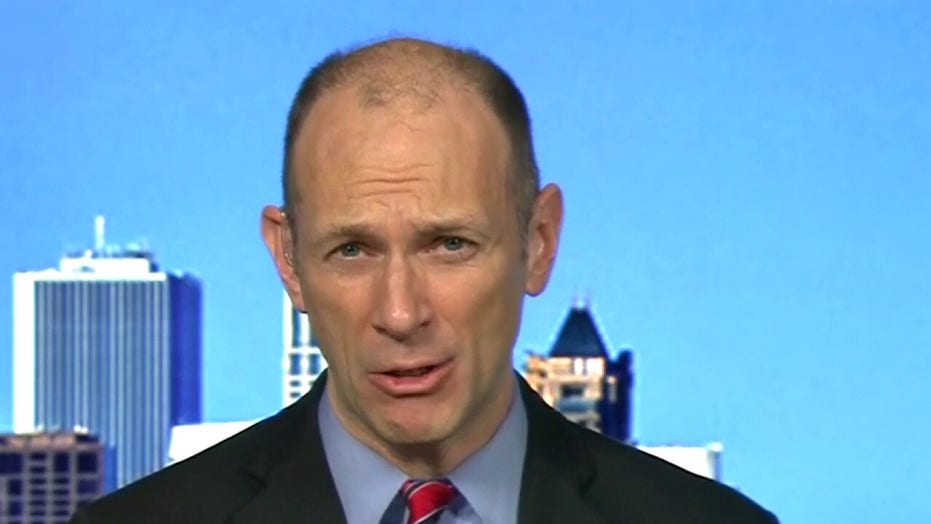 Former Council of Economic Advisers chairman Austan Goolsbee weighs in on the shifting stock market amid the coronavirus outbreak.

Goolsbee, who formerly served as the chair of the Council of Economic Advisers, made the comment on “America’s Newsroom” on Tuesday, one day after U.S. equity markets equity tumbled with the Dow Jones Industrial Average dropping nearly 3,000 points.

As he addressed reporters on Monday afternoon, President Trump said the crisis could extend until August. 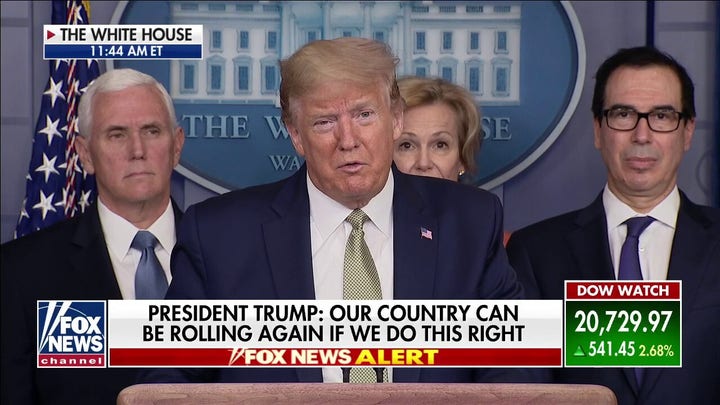 “It was a brutal day yesterday and that followed a couple of brutal weeks as people have been getting the information about this virus,” Goolsbee said on Tuesday. “We’re starting to see if it's going to have a freezing effect on economic growth and there’s going to be a drop, probably a pretty deep recession.”

To be loosely defined as a recession, a country needs two consecutive quarters of declines in real gross domestic product (GDP), the broadest gauge of growth.

Goolsbee also noted that “everybody’s got to be working” on how to prevent the current economic situation from turning into a permanent economic crisis.

When host Sandra Smith asked him if he is projecting a recession he said, “I am.”

“I don't think you can see the economy, what happened in China or in Europe – where they had massive shutdowns of their economies – and not think that we are going to be facing a similar circumstance,” he explained.

Smith noted that in several cities across the U.S., restaurants, movie theatres, bars and gyms are currently closed in an effort to contain the spread of COVID-19.

“We are a consumer-driven economy,” Smith said. “It’s hard to measure what the impact eventually will be.”

She then asked Goolsbee if he thinks America is already in a recession.

“Yeah, I do,” he answered, adding that “We’re not going to know that until we get the data, and the data doesn't come out for a while.”

He went on to say, “I think, at this moment, we are hunkered down in our houses. People are afraid to go out, and 70 plus percent of the economy is exactly the kinds of service industries that we stop frequenting when we are engaged in social distancing.”

He then explained what he thinks are “critical” elements to help stabilize the economy. He said he believes the first is to stop or slow down the spread of the novel coronavirus, saying “that in itself would be great stimulus.” 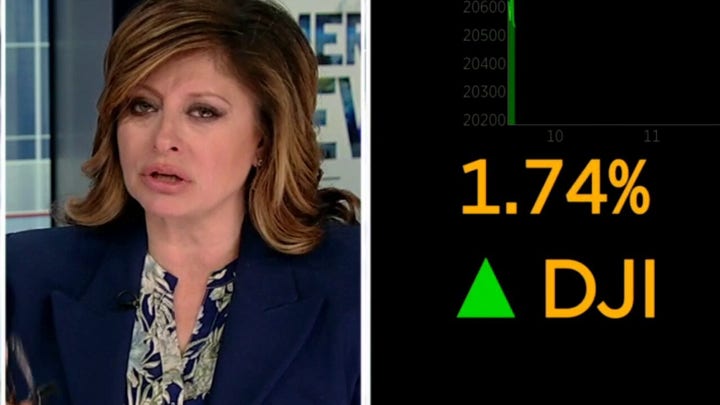 He said the second element “is preventing this temporary hit from morphing into something more permanent.”

“You've got to make sure people can pay their bills. We can't have bankruptcies and foreclosures and people's gas getting cut off and stuff like that because they can't pay the bills because of this short-run thing,” Goolsbee said.

“We’re looking at sending checks to Americans immediately,” Mnuchin said during a press briefing from the White House. “Americans need cash now, the president wants to get cash now. I mean now — in the next few weeks.”

“The president has instructed me we have to do this now,” Mnuchin added, though he did not give specifics, except to say that the amount would be significant and that millionaires would not receive it.

Mnuchin’s comments came as the White House is in negotiations with lawmakers on Capitol Hill for Congress to approve a sweeping economic stimulus package to help U.S. businesses and taxpayers deal with the economic fallout from the rapid spread of the novel coronavirus.