Though the two mass shooters who struck over the weekend in El Paso, Texas, and Dayton, Ohio, did not share the same political views, they are connected to President Trump by the "same dark psychic forces," conservative New York Times columnist Ross Douthat wrote Tuesday.

In the column, Douthat wrote that Trump "participates in the general cultural miasma that generates mass shooters, and having a participant as president makes the problem worse," adding that Trump is "deeply connected to both massacres" regardless of the political views of the shooters.

"Marianne Williamson put it best, in the last Democratic debate: There really is a dark psychic force generated by Trump’s political approach, which from its birther beginnings has consistently encouraged and fed on a fevered and paranoid form of right-wing politics, and dissolved quarantines around toxic and dehumanizing ideas," he wrote. 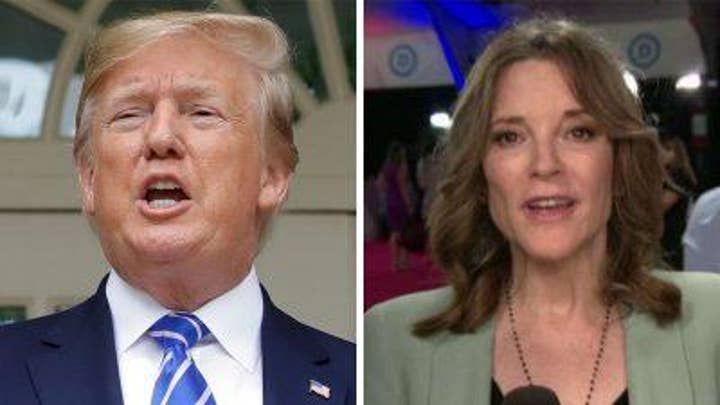 Douthat said he supports the FBI cracking down on an Internet message board that gives a forum to white nationalists, but cautioned that the left "has decided that all conservatism can be reduced to white supremacy, and the right is eager to push back and reject the "reductionism."

Titling his column "The Nihilist in Chief," Douthat argued that "the personal commonalities between the shooters are clearly more important than the political ones," adding that Trump, like the shooters, "is a creature of our late-modern anti-culture, our Internet-accelerated dissolution of normal human bonds."

"But the dilemma that conservatives have to confront is that you can chase this cultural problem all the way down to its source in lonely egomania and alienated narcissism, and you’ll still find Donald Trump’s face staring back to you," he concluded.

According to reports, the Ohio shooter who killed nine people outside a bar supported gun control, Sen. Elizabeth Warren and Antifa, while critics have blamed Trump's anti-immigrant rhetoric for the attack on an El Paso Walmart that left 22 dead.