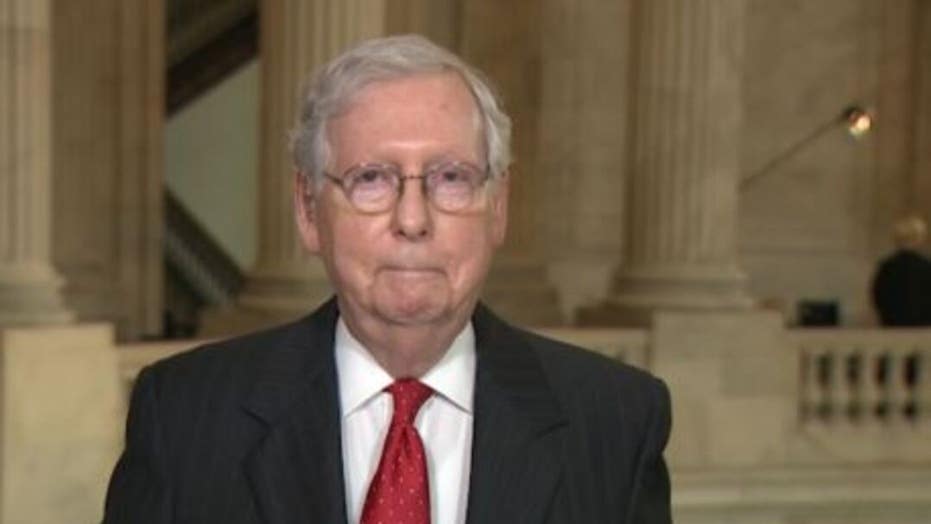 Mitch McConnell: There will be 'orderly transfer of power' if Trump loses election

New York Times columnist Tom Friedman believes the U.S. could be on the verge of a “potential second Civil War" over the upcoming presidential election.

Friedman said President Trump’s Wednesday remarks in which he sidestepped whether he’d commit to a peaceful transfer of power should he lose sounded like a “six-alarm fire” to him.

Trump told a reporter in a White House news conference Wednesday he would have to "see what happens" after the election first. "You know that I've been complaining very strongly about the ballots, and the ballots are a disaster," he said.

CNN’s Anderson Cooper, surprised by Friedman's assertion, asked if he genuinely meant what he said.

“Yeah,” Friedman answered, “The president of the United States has told us, ‘Either I win the election or I delegitimize the election.’ Those are your choices, folks.” He added he was “surprised and shocked” by the remarks.

Friedman posited Trump was also trying to “break people’s will” with the remarks, so voters might say “‘What the heck, he wants it so bad, just give it to him.'”

He said he thinks Trump will inevitably dispute the election unless he’s named the victor in November.

He added the only solution was to “overwhelmingly” vote for Democratic nominee Joe Biden.

Friedman, a frequent CNN guest and critic of the president, is a Middle East expert and former White House correspondent for the New York newspaper.

Several Republicans rebuked Trump’s comments this week, including Senate Majority Leader Mitch McConnell, who told "Fox News @ Night" on Thursday there would be "an orderly transfer of power" in January, just as there has been "every four years since Washington was elected for a second term in 1792.”