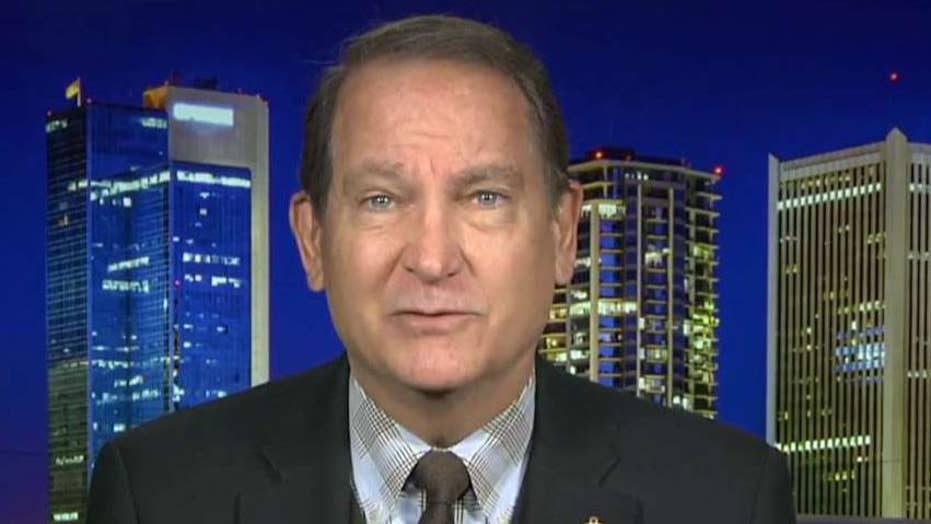 No requirement or need for a Senate impeachment trial, Brad Blakeman says

Nancy Pelosi's move to withhold from the Senate articles of impeachment against President Trump is stunning because the House speaker "has no leverage," said Brad Blakeman, who served as deputy assistant to President George W. Bush.

Blakeman, an adviser in the Bush-Cheney 2000 Presidential campaign, made the comment on “Fox & Friends” Thursday morning.

“[Senate Majority Leader] Mitch McConnell did not nose his way into the impeachment process in the House and she has no standing to do that in the Senate,” he said.

The president tore into House Democrats overnight and into the morning over their handling of the impeachment process, calling them "hypocrites" and "liars" for allegedly seeking concessions in the Senate that Republicans were not afforded in the House -- and for hitting pause on impeachment after stressing the national security urgency of it all.

House Judiciary Committee Chairman Jerrold Nadler, D-N.Y., in his committee's impeachment report, stated the president "will remain a threat to national security and the Constitution" if he remains in office – an argument generally used to bolster Democrats’ case for a swift impeachment process.

TRUMP CALLS DEMS 'LIARS!' FOR DEEMING HIM SECURITY THREAT - AND THEN PAUSING IMPEACHMENT 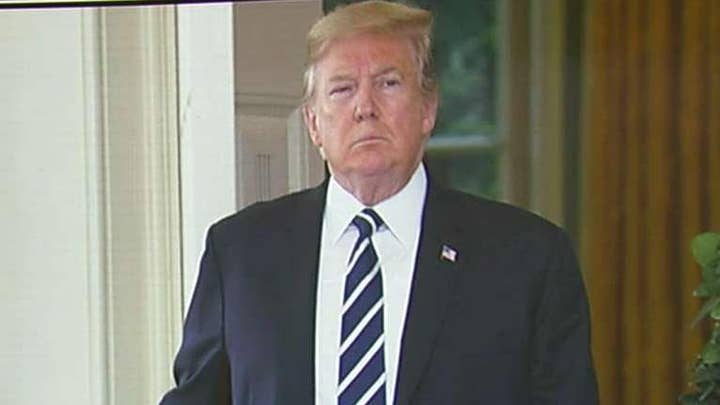 Despite this assessment, the impeachment process has stalled after Pelosi abruptly opted not to deliver articles of impeachment to the Senate, after the House adopted two articles alleging abuse of power and obstruction of Congress for Trump's actions involving Ukraine.

“I think the longer she delays, the worse it gets for them [Democrats] because remember their argument was, this president is such a danger he must be removed for the good of the republic,” Blakeman said on Thursday morning. “If she [Pelosi] doesn’t want to bring the charges to the Senate, then, in fact, he hasn’t been impeached, because the impeachment process means that once the vote is taken in the House it must be filed in the Senate in order for the Senate to take up their responsibility.”

“So, if they don’t consummate their vote by the filing of charges against the president in the Senate, then, in fact, I believe, as many scholars do, that the man has not been impeached,” he continued.

Pelosi, D-Calif., said she will not appoint impeachment managers who will represent the House during a Senate trial until the Senate determines the trial's process. McConnell, R-Ky., has publicly rejected a demand from Senate Minority Leader Chuck Schumer, D-N.Y., to subpoena additional documents and witnesses, claiming these fact-finding efforts were the House's job. McConnell has also claimed that he cannot do anything until Pelosi sends over the impeachment articles, leaving the two chambers at an “impasse.”

REPORTER'S NOTEBOOK: WHY IS PELOSI HOLDING THE ARTICLES OF IMPEACHMENT? DC INSIDERS HAVE SOME THEORIES 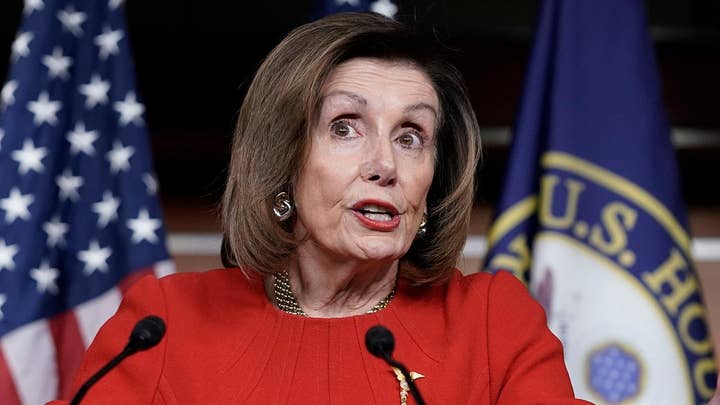 Blakeman noted that he thinks the Senate has many options once the impeachment articles are sent over.

“The first option would be, that after the charges are read in the Senate against the president, his side can make a motion to dismiss, which is a procedural vote that only requires a simple majority of 51 votes and there is no need for a trial because the charges don’t hold up to the constitutional standard,” Blakeman said.

“They can have an abbreviated trial. When they’ve heard enough, they can vote or they can have a full trial with many witnesses and prolonged.”

He continued, “I don’t think the Democrats want that because six of the jurors, senators, are running against the president themselves, hardly impartial.”

Blakeman then went on to explain what he thinks is the fourth possibility, which he refers to as “the nuclear option.”

“They can delay the trial until November 4, the day after the election, and let the American people decide who our next president will be,” Blakeman explained.