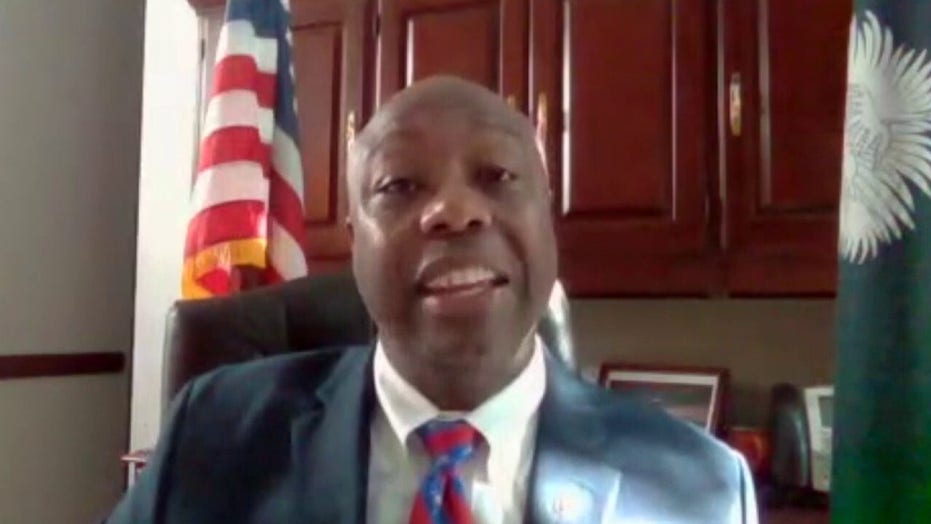 Sen. Scott on tearing down statues: Preserving America's 'ugly' history a symbol of how good it can be

New York Times Magazine reporter Nikole Hannah-Jones admitted it was "irresponsible" to use her social media platform to promote a theory that government officials have been setting off fireworks around New York City “to disorient and destabilize the #BlackLivesMatter movement,” according to the National Review.

In a now-deleted tweet, Hannah-Jones, who recently won the Pulitzer Prize for the "1619 Project," told her followers to read a Twitter thread that speculated on a recent series of unusual fireworks being set off in Brooklyn and Queens. She has since removed the tweet and said that the thread was beneath her own standards.

Nikole Hannah-Jones deleted a tweet promoting a theory that government officials have been setting off fireworks around New York City “to disorient and destabilize the #BlackLivesMatter movement." (Photo by Brent N. Clarke/FilmMagic)

“The media is reporting this as though it's just Black and Brown kids blowing off steam, but I don't believe that's the case,” the tweets sent by an unverified account identified as author Robert Jones Jr. stated. “My neighbors and I believe that this is part of a coordinated attack on Black and Brown communities by government forces; an attack meant to disorient and destabilize the #BlackLivesMatter movement.”

The series of messages also speculated that the fireworks are designed to “stoke tensions” through sleep deprivation and to desensitize locals to the sounds of war.

“It's meant to sound like a war zone because a war zone is what it's about to become,” the series of tweets stated. “We think this is psychological warfare, the first wave before whatever the next stage of the attack is.”

The National Review reached Hannah-Jones via email and she apologized for sharing the unproven theory.

"I should not have retweeted that tweet thread. I was curious about what other people thought of it as I have seen lots of comments on the unusual nature of fireworks this year, but I did not make that clear. That was an irresponsible use of my platform and beneath my own standards, which is why I deleted my tweet,” Hannah-Jones told National Review.

"That was an irresponsible use of my platform and beneath my own standards, which is why I deleted my tweet."

Fireworks complaints made with New York City's 311 hotline skyrocketed to 6,385 between June 1 and June 19 – 236 times the 27 received during the same period in 2019, according to numbers obtained by Gothamist.

The NYPD said officers seized fireworks – which are illegal – on 26 different occasions since the start of the year through June 14.

The NYPD could not confirm Gothamist’s 311 data.

Earlier this month, Hannah-Jones drew backlash when she claimed that the destruction of property "is not violence." 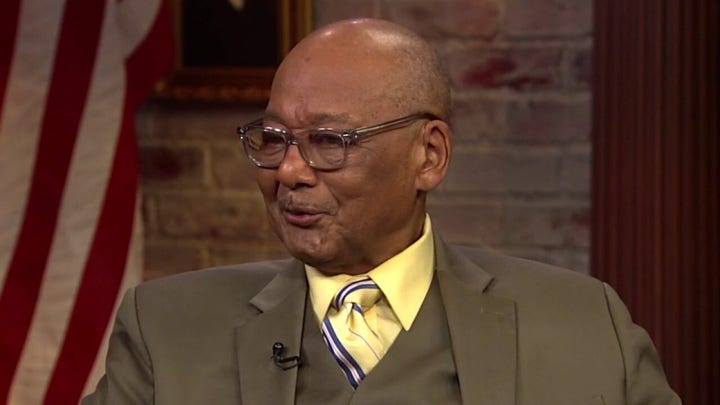 During an interview with CBSN, Hannah-Jones was asked how the rioting and looting from the George Floyd protests should be "interpreted."

She continued, "And violence is when an agent of the state kneels on a man's neck until all of the life is leached out of his body. Destroying property, which can be replaced, is not violence. And to put those things –­ to use the same language to describe those two things –­ I think really it's not moral to do that."

Fox News’ Joseph A. Wulfsohn and Stephanie Pagones contributed to this report.