Players, fans, and the city of Miami get ready for Super Bowl LIV

Former NFL running back Reno Mahe discusses what to expect in the Big Game.

Mahe, who played for Reid in the 2000s with the Philadelphia Eagles, was discussing the upcoming Super Bowl matchup between the Chiefs and the San Fransisco 49ers, but the interview took a personal turn when host Ed Henry mentioned his former coach.

"Andy Reid is somebody who lost a son, as you know, to drugs. He had struggles. He's talked about this -- it's very emotional for him," Henry said. "Winning a Super Bowl would also... probably put him in the Hall of Fame. Talk about Andy Reid, somebody you played for."

Mahe praised Reid for teaching players to look beyond winning and losing, and to focus on being a good person. He also said Reid reached out to him after his child passed away and shepherded him through the painful aftermath. 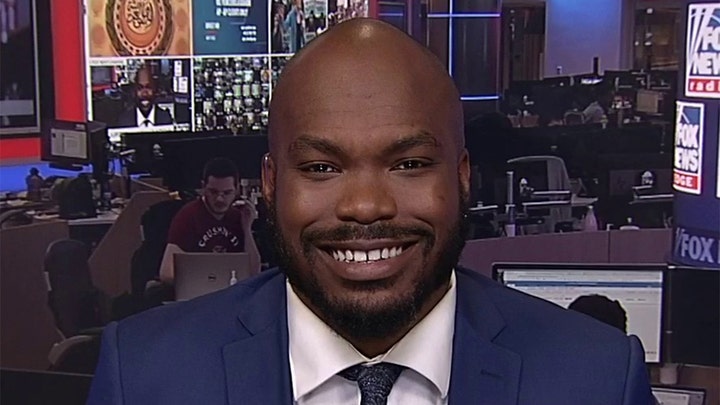 "I think a lot of times we as fans or even this country, we put so much on winning," Mahe said. "We put so so much on someone losing and someone winning. And I think that what Andy has taught me [during] the years that I got to play for him... just being good people, working hard and being good people."

"And if there's ever a time for us to think about that and all that's happened here this week and things that happened with Kobe -- When you're sitting around watching the Super Bowl game, be grateful, you know? Like, sit around and be grateful for what we have in this country," he added.

"That's something I cherish now and something I've learned from Andy -- All that he's gone through and having lost a child myself, that I'm grateful. He's the one coach -- people don't really know this, I haven't shared it much, but when I lost my child about two years ago, Andy, I believe, saved my marriage. He called me, and he let me know that if there's something that's most important, it's to make sure that my wife knows that I don't blame her."