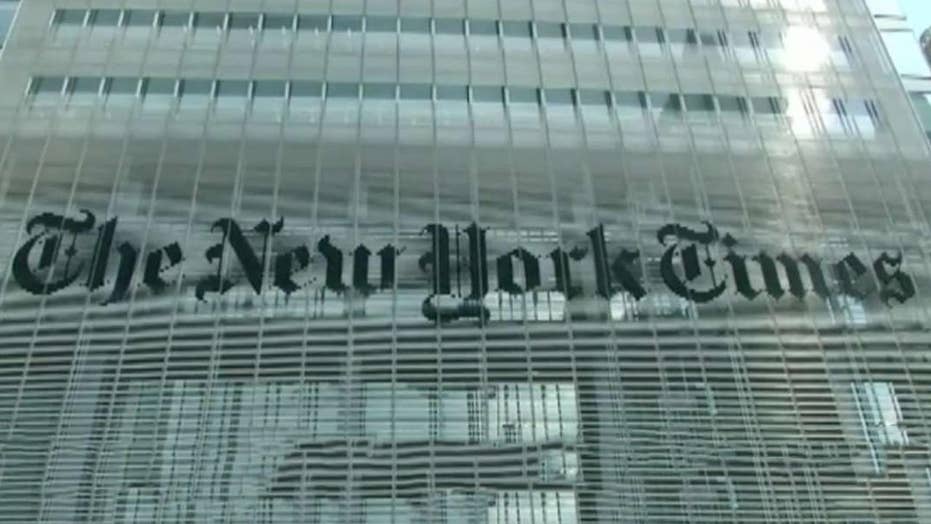 The New York Times revealed that controversial writer Sarah Jeong, who once made headlines for mocking white people, is no longer part of its editorial board.

Jeong was in the news on Friday when she defended a boycott against The Times after the paper revealed information about the whistleblower who filed a complaint over President Trump's phone conversation with the president of Ukraine. Critics were outraged that the Gray Lady would put a whistleblower in danger and Jeong felt readers canceling their subscriptions in protest backed up “dissenting views inside the paper about what it should do and be.”

The media industry found it bizarre that an already divisive member of The Times’ editorial board would defend a boycott of her own paper, but when liberal CNN asked for comment it was revealed that Jeong had already moved on last month.

The New York Times did not immediately respond to Fox News’ request for further comment.

Images of racist tweets sent by Sarah Jeong surfaced after the Gray Lady announced she was joining the paper last year.

Last year, several derogatory tweets aimed at white people that Jeong sent in 2014 were unearthed when the Gray Lady announced she was joining the paper.

“Oh man it's kind of sick how much joy I get out of being cruel to old white men,” Jeong wrote in July 2014 in one of several old messages went viral.

Jeong’s Twitter feed was filled with a host of messages that could be construed as racist and offensive. She compared “dumbass f-----g white people” to dogs, said that “old white men” were “lemmings,” opined that white people would “go extinct soon,” and used the hashtag #CancelWhitePeople.

“Are white people genetically predisposed to burn faster in the sun, thus logically being only fit to live underground like groveling goblins,” she wrote in 2014 before adding a paragraph claiming that “whiteness” resulted in being “awful.”

Despite widespread outrage, The Times issued a statement declaring that it had reviewed her social media history during the hiring process and was standing by the decision to bring her aboard.

“We hired Sarah Jeong because of the exceptional work she has done … her journalism and the fact that she is a young Asian woman have made her a subject of frequent online harassment. For a period of time she responded to that harassment by imitating the rhetoric of her harassers,” The Times said in a statement. “She regrets it, and The Times does not condone it.”

The paper said it had “candid conversations” with Jeong during the interview process that included a “thorough vetting” and review of her social media history. The Times said it is “confident that she will be an important voice for the editorial board moving forward.”

Jeong issued a statement that echoed The Times, saying that she was simply mimicking her online harassers. But roughly one year later, Jeong is off the editorial board and will reportedly work for the paper as a contracted contributor.

"I made the change so I can work on what I want to work on in the immediate moment,” Jeong told CNN on Friday.