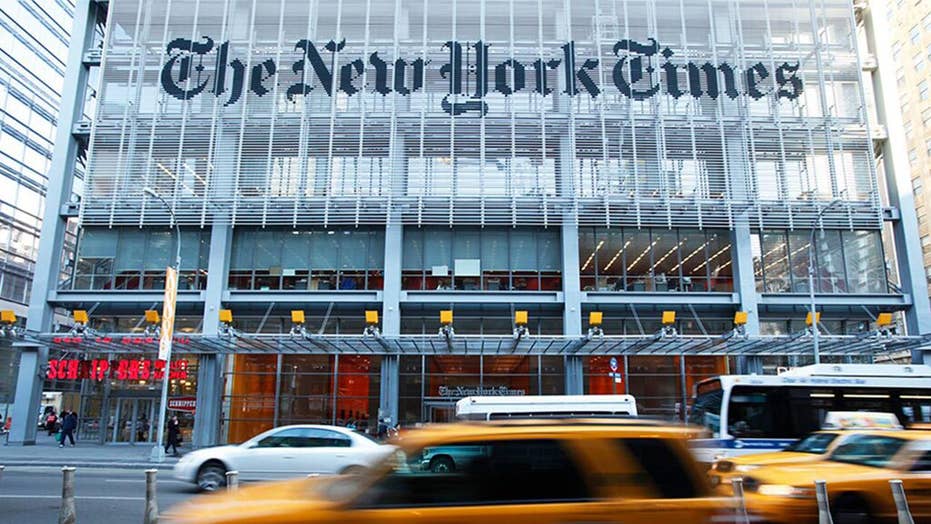 The poll asked registered voters in six battleground states whether they agree with the statement that 'most women who run for president just aren't that likeable.'

A satirical "op-ed" published in The Washington Free Beacon on Wednesday claimed to be from an anonymous staffer from The New York Times, saying there was a "resistance" inside the paper.

The "staffer" started by referring to the Times as the "house organ" of the resistance to President Trump since the 2016 election -- and saying how it may look bad from the outside, but it's "much worse" from the inside.

"Most other Timesfolk don't know us. We do not participate in the paper's Slack channels or town hall meetings," the "staffer" wrote. "We are not the deep news. We are the steady news. We do what we can to prevent the Times from publishing errors, fictions, and ideological imbecility. We have sabotaged style rules and regulations when we can to save what's left of the Times‘s integrity. But it is an uphill struggle and one I fear we may not win."

The Times "employee" wrote that in 2018, the paper "came very close to eliminating all gendered pronouns" from its reporting, and claimed another proposal would have "required the preferred pronouns for bylined reporters and subjects of news stories," something the author said would have been implemented "had our team not stolen the proposal from [Times executive editor] Dean Baquet's desk last summer."

The Times did not respond to Fox News' request for comment.

The writer did express hope that the Times will "rediscover its mission of performing excellent and fearless journalism" after President Trump leaves office "in 2025."

"Until then, please know that there are still editors and reporters at the old gray lady who put paper first."