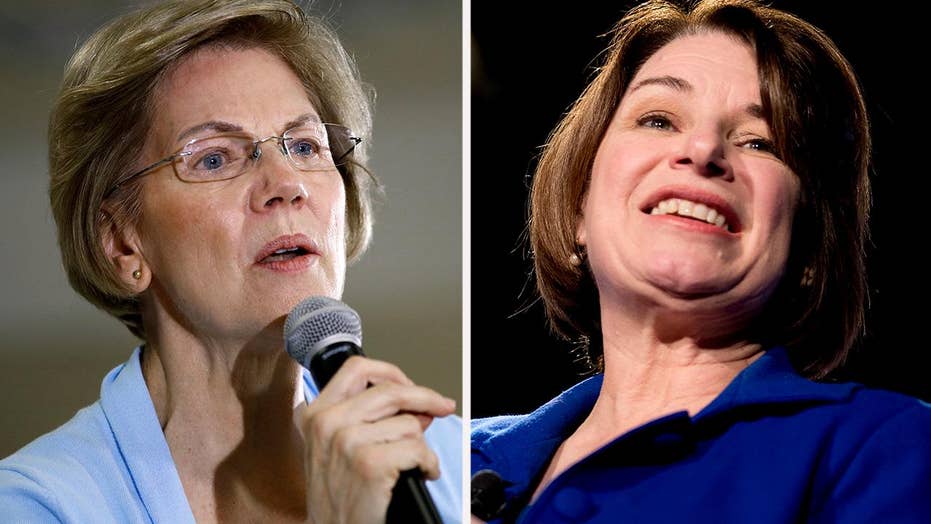 The New York Times announced its endorsement of both Elizabeth Warren and Amy Klobuchar on Sunday night, but the attention paid to the other candidates' interviews on social media seems to show that the Gray Lady editorial board’s endorsement doesn’t align with voter interests.

The controversial decision to recommend two Democratic candidates was criticized from both sides of the political aisle, as was the reality-television style episode of the FX show “The Weekly” on which the picks were announced.

The Times editorial board interviewed each candidate, and the paper’s verified account tweeted video of the highlights to its 723,000 followers.

As of Tuesday morning, various highlights of Warren’s interview totaled roughly 125,000 views on Twitter, while the Klobuchar edition had only 14,500 views. A third video explaining why both Warren and Klobuchar were selected picked up only 5,800 views.

Cory Booker even picked up 1.2 million views despite being out of the race.

Biden’s campaign tweeted out a video of a segment from “The Weekly” that showed an elevator operator praising the candidate during his "Times" visit, and that also received significantly more views than the Warren and Klobuchar interviews.

“No Things Considered” host Tim Young told Fox News that popularity of interviews with candidates who weren’t endorsed by the editorial board indicates that the Times simply wants to parrot talking points of the Democrat establishment.

“Not only do I think the numbers align with the New York Times’ audience, I think they align with members of the Democratic Party's preferences... but not the Democrat Party leadership's preferences,” Young said. “Once again, this shows the slant and bias the New York Times has. But this time, Democrats are being exposed to something that Republicans have been aware of for a long time.”