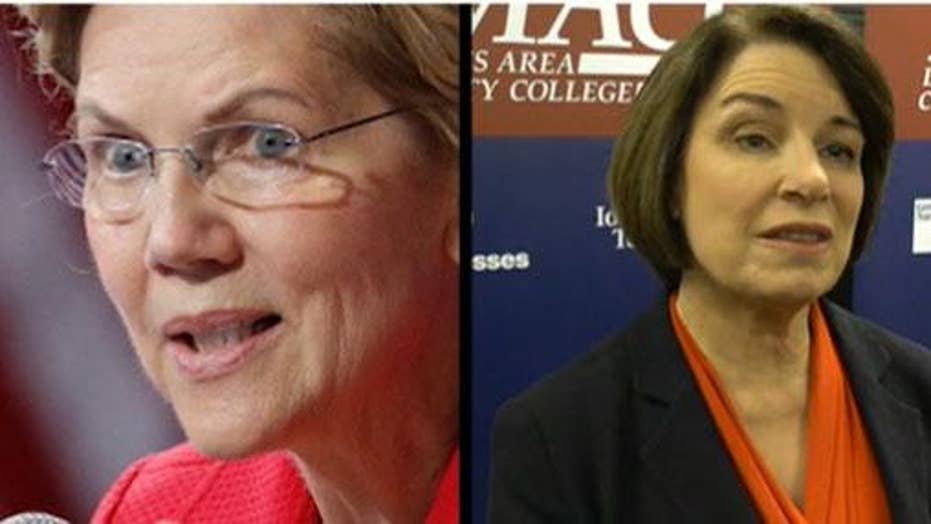 The New York Times was criticized from both sides of the political aisle when it announced late Sunday that its editorial board had broken from convention and endorsed not one, but two Democratic candidates for president.

Minnesota Sen. Amy Klobuchar and Massachusetts Sen. Elizabeth Warren were both endorsed by the Gray Lady, a decision that quickly became a trending topic across social media.

The Times' endorsement has traditionally been one of the most coveted for a Democratic politician. The paper said it spent more than 12 hours with the candidates before coming to its decision. The editorial board wrote that in choosing these two candidates it recognizes that both "radical" and "realist" models should be considered.

“I mean, newspaper endorsements are silly and self-important to begin with,” Politico’s Tim Alberta wrote. “But this Times bit... good grief. Have these people zero self-awareness?”

The Times was swiftly mocked by journalists and political pundits on both sides of the aisle:

Media members weren’t the only people to criticize the decision to endorse two candidates:

The controversial decision was announced on the Times’ FX series “The Weekly,” which was also criticized.