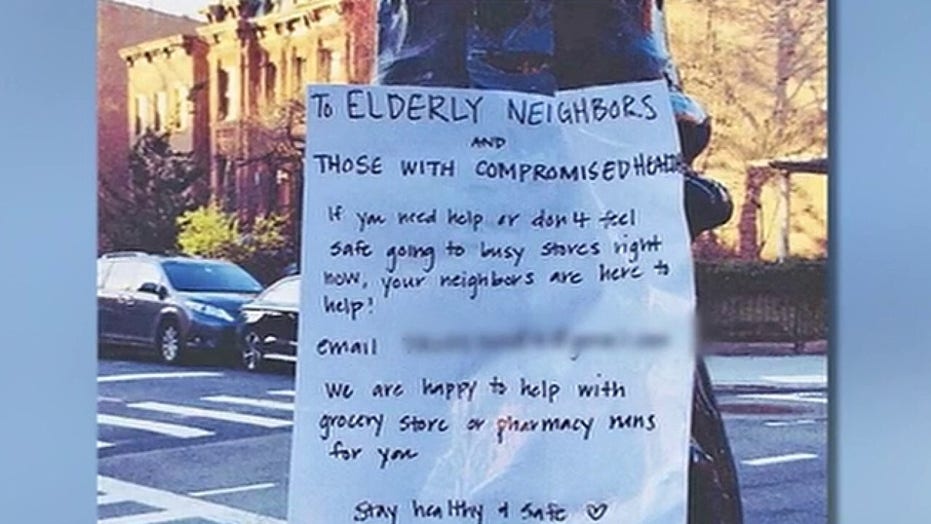 Maggie Connolly, a Brooklyn resident who put out a flyer advertising help to elderly neighbors, speaks out on 'Fox &amp; Friends.'

Maggie Connolly, a Brooklyn resident who put up a flyer advertising to help her elderly neighbors buy groceries and medicine amid the coronavirus outbreak, said on “Fox & Friends” Tuesday that she decided to help because she “was just really worried that those people, those neighbors weren't getting what they needed.”

Fears of the fast-spreading virus have caused long lines and crowded parking lots at grocery stores across the country as shoppers stock up on food and other items. In many cases, customers have found stores running low on paper goods -- including toilet paper -- dairy items and meat.

Last week, Connolly posted a flyer in her Brooklyn neighborhood that said: “To elderly neighbors and those with compromised health, If you need help or don’t feel safe going to busy stores right now, your neighbors are here to help!" as she provided her email address and offered to make store runs.

When asked how she came up with the idea she said, “I was sitting at home, I think it was last Thursday night, it was right after that first rush that everybody went to the grocery store and so when I went there, I noticed that all the bread was gone, the meat, toilet paper, all these necessities.” 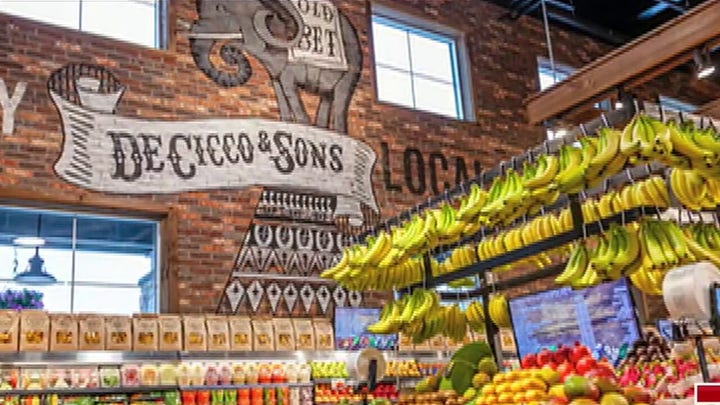 “I live in Carroll Gardens, Brooklyn, it has a very large elderly community here and I was just really worried that those people, those neighbors weren't getting what they needed,” she continued. “In Brooklyn, everyone has to walk to the grocery store and carry their stuff home so I was thinking, too, can these people carry two bags worth of stuff home.”

Connolly said her neighbor posted a photo of the flyer, which then got reposted.

WHY IS TOILET PAPER VANISHING FROM SUPERMARKETS?

“I had so many people reach out, both in the neighborhood to volunteer, but then also all over the world sending me pictures of their signs that they’re making, which I think is so huge,” she said on Tuesday.

She said that on Monday “we helped a girl in Brooklyn who’s actually closer to my age that was sick [and] wasn't sure if she had COVID-19 or not, but she wanted to stay inside, which I think is the best thing to do.”

“We also got another email late last night from a mom with a newborn in Brooklyn whose husband’s sick so we are setting up to get some stuff to her this morning, too,” Connolly continued. 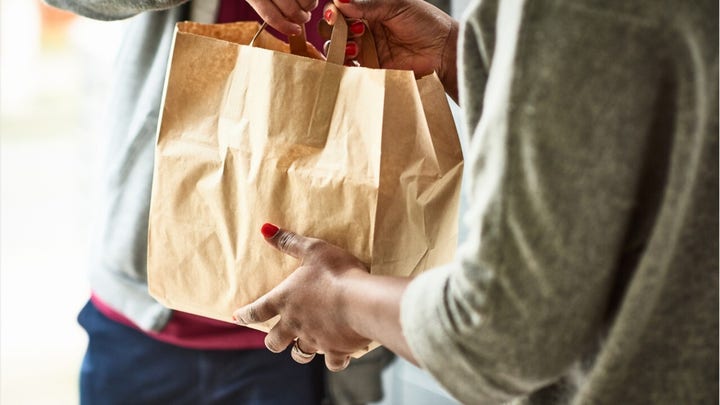 New York has more than 1200 confirmed coronavirus cases, Gov. Andrew Cuomo said on Tuesday, adding that twelve people in the state have died due to COVID-19.

When host Brian Kilmeade asked Connolly if she is getting the sense that she will have to grow her team, she said: “Yeah, and that's the really amazing thing.”

“Right now I have a group of us just in my neighborhood of 70 volunteers that feel they’re healthy, it’s divided by neighborhood, so hopefully the more emails that we get, we can send somebody that lives very close to them that they might even recognize or know,” she continued.

Connolly added that she has been working with two people who set up the website Invisiblehandsdeliver.com “for all boroughs in New York" and "even New Jersey.”

She said people can volunteer through the website and request deliveries if they need help.

“They are also looking to expand nationwide so if you are looking to volunteer, they can really use your help,” she said.