‘Ingraham Angle’ host slams the organization’s co-founder, who is accused of online harassment.

A damning report published by New York magazine Thursday sheds new light on sexual harassment allegations against Lincoln Project co-founder John Weaver and details how his colleagues were "warned" about his behavior.

A college student named Alex Johnson recalled his interactions with Weaver beginning in December 2018, when Johnson expressed an interest in getting into politics.

"I just didn’t really think anything of it at first," Johnson told the magazine's Intelligencer blog. "But then, you know, his intentions became clear."

Johnson, who was a senior at the University of Texas at Austin, alleged that Weaver asked about his "dating life and sexual interests" and explicit inquiries were made. In 2020, Weaver reached out to Johnson to see if he was interested in interning for the anti-Trump PAC.

"Would like to put you in touch with some of our folks," Weaver wrote in April, later adding, "On [your] walk, think about worshipping a big cock and having yours worshipped and you rimmed till you beg!"

"We were talking about the Lincoln Project, and maybe getting me involved, and of course I think that’s awesome. I’m like, ‘Oh, yeah, that would be great!’" Johnson told the magazine. "Then he asked me: ‘When’s the last time you jacked off?’"

While Johnson stayed silent due to fear of retribution from the leadership at the Lincoln Project, the group "had already been told Weaver was preying on young men in and outside the company," according to the report.

The Associated Press, which published its own deep dive on the Lincoln Project earlier Thursday, reported that "Steslow immediately raised the email with [co-founder Reed] Galen, who helped manage day-to-day operations at the time, and the Lincoln Project’s corporate counsel Matthew Sanderson."

"Yet Weaver’s harassment continued," according to New York. 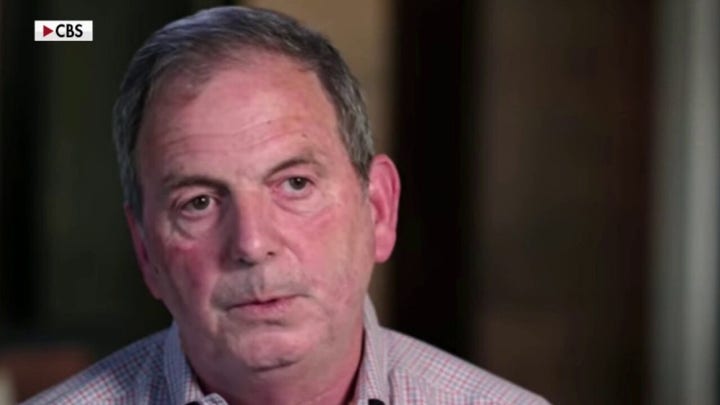 Lincoln Project co-founder Steve Schmidt denied any allegations against Weaver were made that would prompt a "HR investigation or the hiring of an outside counsel," telling Intelligencer, "There were zero allegations, complaints, media interrogatories directed to the Lincoln Project with any specificity, at any time, about any misconduct, towards any person" and that there was only 'chatter' that Weaver was gay.

According to the New York magazine report, "four" former members of the Lincoln Project are asking to be released from their "nondisclosure agreements" to speak freely about what they know about the Weaver allegations and the organization's handling of them.

Lousiana State University sophomore Charlie Stephens, 19, also spoke to Intelligencer about the harassment he faced from Weaver when he was recruited last year as an intern for Steslow's firm "after Steslow was warned Weaver might be offering jobs to victims."

"Looking back on it all, I kind of wish we would have realized this entire makeup of this is odd," Stephens reflected. "I was like, "Damn, is that really why I got this internship?’"

The group stated it has retained a "best-in-class outside professional" to review Weaver's tenure and anyone who is bound by nondisclosure agreements should "contact The Lincoln Project for a release."

Late Thursday night, The Lincoln Project faced heavy backlash for publishing screenshots of leaked private messages between one of its co-founders Jennifer Horn, who announced her exit from the PAC last week, and 19th News correspondent Amanda Becker.

"Earlier this evening, we became aware that @AmandaBecker of @19thnews was preparing to publish a smear job on the Lincoln Project with the help of @NHJennifer," the Lincoln Project began. "You hear a lot of talk about hit-jobs in journalism, but rarely do you get to see their origin story. Enjoy."

The thread drew immediate backlash, including by one of its co-founders George Conway.

"This looks on its face to be a violation of federal law and should be taken down immediately," Conway warned the group.

The Lincoln Project took down its tweets as well as co-founder Rick Wilson, who jokingly wrote "Abe hears things."

Fox News has also reached out to The Lincoln Project for comment.