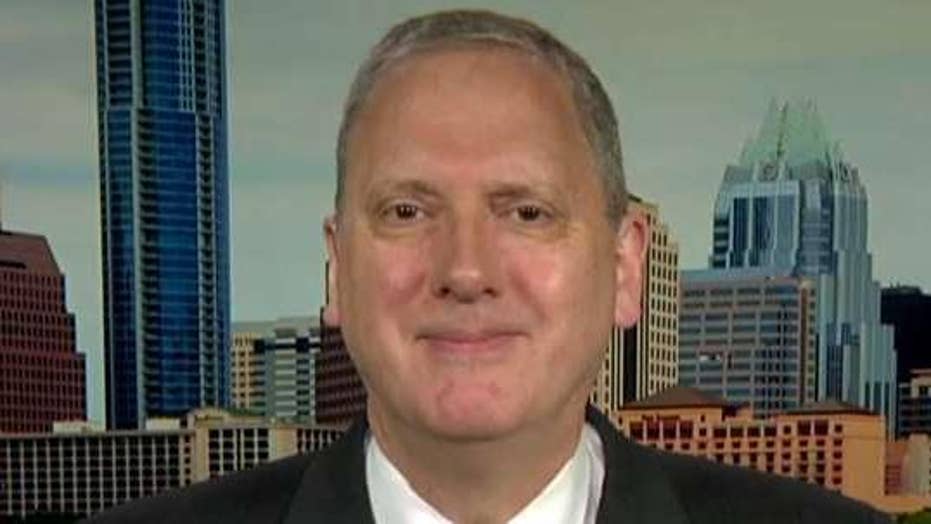 A new poll show 74 percent of conservatives in California are considering moving out of the state; former California State Assemblyman Chuck Devore weighs in.

Former California State Assemblyman Chuck DeVore reacted Thursday to a poll that showed half of California's registered voters - including 74 percent of conservatives - have considered leaving the state.

Last week, the Institute of Governmental Studies at UC-Berkeley published a poll that found 71 percent of residents considered leaving California due to the cost of housing. The poll also found that 84 percent cited the "political culture" and 76 percent identified high taxes as the biggest reason.

Republicans and conservatives were three times as likely to strongly consider leaving than Democrats and liberals, the study found.

HARMEET DHILLON ON SUCCESSFUL FIGHT TO GET TRUMP BACK ON CALIFORNIA BALLOT: 'VICTORY FOR VOTERS AND FIRST AMENDMENT'

"In Texas, the politicians aren’t seeking to regulate speech and politics and property and even faith like they are, increasingly, in California," Devore told “Fox & Friends.”

DeVore, who moved from California to Texas and now heads the Texas Policy Foundation, went on to say that conservatives are "growing increasingly concerned about the state’s hostile political climate."

DeVore said that California has made an effort to “disenfranchise Republicans” who voted for Trump, citing the law S.B. 27 which would have required presidential and gubernatorial candidates to submit their tax returns in order to run in the state’s primary elections.

“This law was patently unconstitutional,” he said. “There were 4.5 million Californians who voted for Trump.”

DeVore said conservatives are flocking from deep blue states such as Illinois, New York and California to “battleground” states.

“I believe that this may shift a few states in favor of President Trump in his re-election in 2020.”