(Ed. note: This article has been adapted from the six-part Fox Nation series "The Unauthorized History of Socialism," hosted by Bret Baier.)

The history of socialism in America did not begin with Bernie Sanders or Alexandria Ocasio-Cortez. Rather, it began in 1825 on the banks of the Wabash River in Indiana.

On April 27 of that year, Robert Owen, a Welsh textile manufacturer-turned-philanthropist, welcomed 800 eager arrivals to the settlement he had christened New Harmony.

New Harmony was to be a "community of equality" heralding a new way of life. Owen's followers would soon coin a new name for his vision: "utopian socialism." 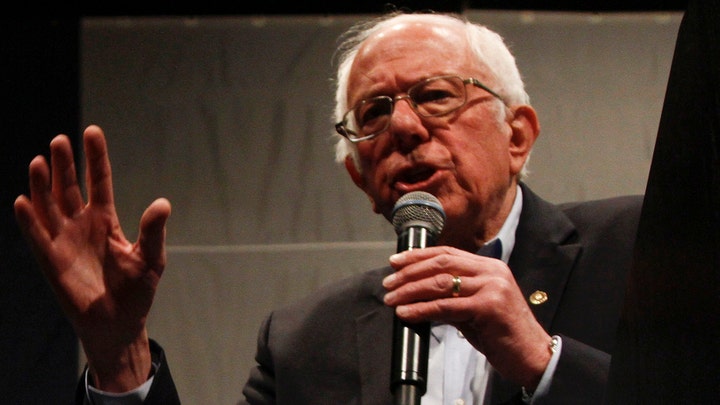 On July 4, 1826, the 50th anniversary of the Declaration of Independence, Owen issued his own variation, what he called the "Declaration of Mental Independence." From that day forward, Owen proclaimed, men would be free from what he called a "trinity of the most monstrous evils that could be combined to inflict mental and physical evil upon the whole race ... I refer to private property, absurd and irrational systems of religion and marriage founded upon individual property."

The quest to do away with private property would animate the philosophy of socialism for the next 150 years.

Intellectuals were drawn to Owen and the promise of New Harmony, but managing the community's resources without individual ownership proved highly inefficient. One New Harmony member wrote that "even salads were deposited in the store to be handed out, making 10,000 unnecessary steps [and] causing them to come to the tables in a wilted, deadened state."

"In the end, I think one of the problems in New Harmony was that it was a big group of idealists in one place -- in a very isolated place," says Connie Weinzapfel, longtime director of the Historic New Harmony site. "They spent a lot of time thinking about the idea of a perfect community. Ultimately you had a lot of thinkers and not enough doers."

"Owen had a very hard time acknowledging that there was a failure at New Harmony," Joshua Muravchik, author of the 2003 book "Heaven on Earth: The Rise and Fall of Socialism," told Fox Nation. "And through a period of many months when everyone around him, including his sons, was saying, 'Things are falling apart,' Owen was saying, 'Things are going great here.'

"But eventually, he couldn't keep up that pretense any longer because everyone was leaving," Muravchik adds. "And so Owen found a kind of alibi, I think, in blaming the people who came to New Harmony as being poor human material for his experiment."

Owen's son, Robert Dale Owen, stayed at New Harmony after its collapse and went on to serve two terms in Congress. He had a different assessment of his father's experiment, writing: "All cooperative schemes which provide equal remuneration to the skilled and industrious and the ignorant and idle must work their own downfall. For by this unjust plan they must of necessity eliminate the valuable members and retain only the improvident, unskilled and vicious."