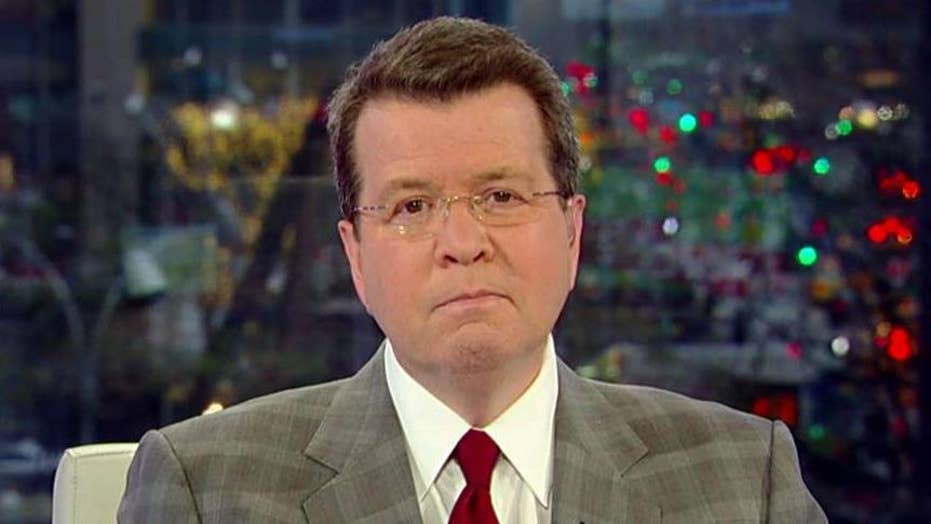 Cavuto: President Trump doesn't distinguish between 'fake news' and news he doesn't like

Neil's 'Common Sense' breaks down the importance of facts in journalism.

During his "Common Sense" segment on "Your World," Cavuto criticized Trump's reaction to Wallace's "Fox News Sunday" interview with Rep. Steve Scalise, R-La., and pointed out the difference between "fake news" and accurate reporting that sounds "bad."

"My colleague Chris Wallace has discovered again the president doesn't distinguish, apparently furious over Chris's interview this past weekend with House Minority Whip Steve Scalise," Cavuto said. "Scalise has steadfastly defended the president on this whole Ukrainian situation. The president likes Steve for that. Let's just say he doesn't like Chris for challenging Scalise Sunday."

".@SteveScalise blew the nasty & obnoxious Chris Wallace (will never be his father, Mike!) away on Chris’s lowest rated [sic] (unless I’m on) morning show," Trump tweeted Sunday. "This kind of dumb and unfair interview would never have happened in the @FoxNews past."

Cavuto noted that he has been both criticized as a "Never Trumper" and blasted by the "Never Trump" movement for his coverage before defending Fox News' reporting and calling the president's criticism disingenuous.

"We can't please all. The best we could do as journalists is to be fair to all, including you, Mr. President. That's not fake doing that," Cavuto said. "What is fake is not doing that. What is fake is saying Fox never used to do that. Mr. President, we have always done that. We did. Chris did. I know I did."

The host also spoke directly to the president, mentioning that Trump isn't the first person in a position of power to say "the media has it out" for him.

Cavuto also recalled the aftermath of an October 2015 interview he conducted with then-candidate Trump, saying he heard later that the future president had called him "nasty."

"Many agree with you now. Some go so far as to say I'm fat and clueless," Cavuto joked. "Mr. President, now imagine anyone calling me fat? But journalists, no matter their weight, aren't entitled to praise you. We are obligated to question you and always be fair to you. We will, even if it risks inviting your wrath."

"Like I said, you are free to rage," Cavuto added. "All we are free to do is report and let the viewers decide."