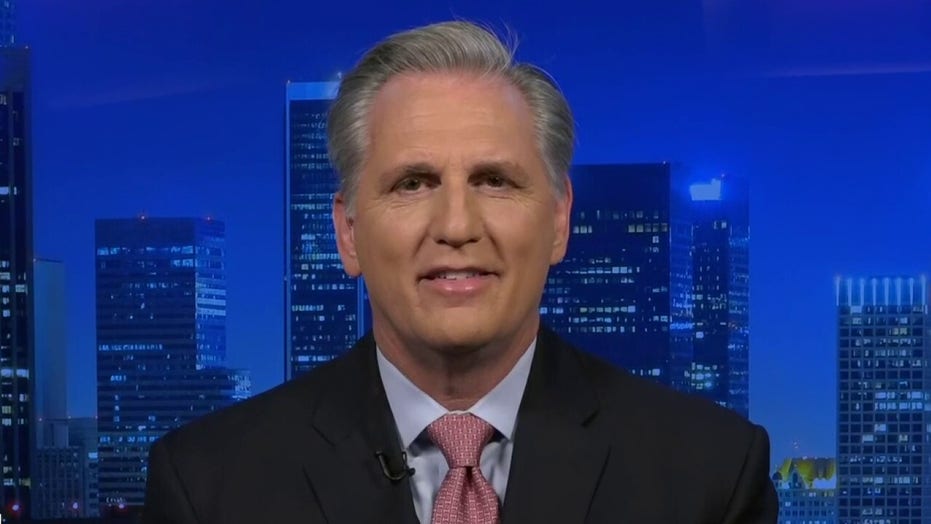 Rep. Kevin McCarthy on whether Democrats are using the coronavirus pandemic to push their agenda

"She has held up every single bill, when it came to coronavirus, that we put forth," McCarthy alleged during an appearance on Fox News' "Justice with Judge Jeanine."

"The first time she held it up so the D-triple-C, the Democratic arm, could attack Republicans," McCarthy said, referring to the Democratic Congressional Campaign Committee, which recruits candidates, raises funds and helps run election campaigns for the party.

"The second time she held it up for the entire week to get more funding for the [National] Endowment [for] the Arts and the Kennedy Center and try to put the Green New Deal in."

"She was more interested in investigations, impeachment and ice cream," McCarthy added. "Instead of focusing on what we really need to accomplish here." The last reference was to a recent late-night TV appearance, in which Pelosi showed off the ice cream she had stashed in her home refrigerator to help her cope with a stay-at-home order.

McCarthy also said he backed Senate Majority Leader Mitch McConnell, R-Ky, who recently supported the idea of allowing states to declare bankruptcy -- rather than send governors more federal money to deal with their own ballooning deficits.

"What I see is these liberal governors, when they didn't manage their own states, they looked at an opportunity here, much like many of the Democrats that want to grab more money," McCarthy said.