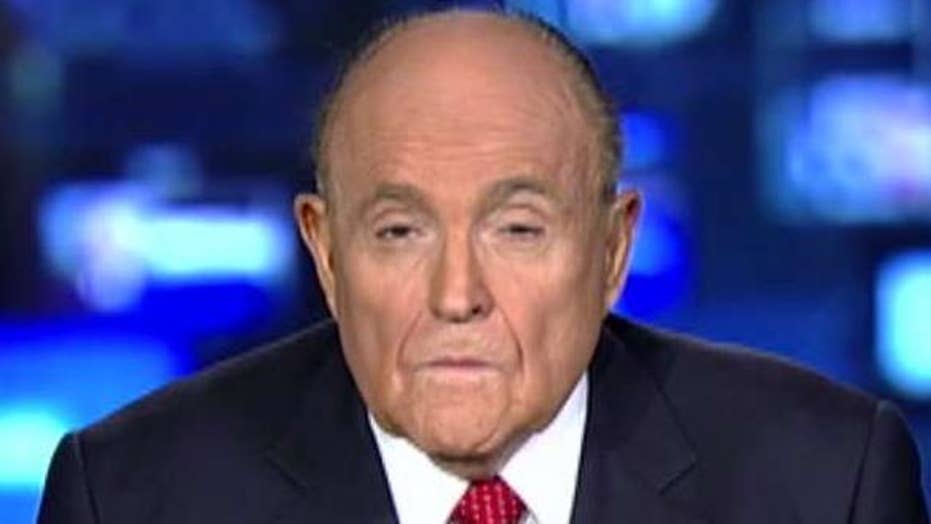 Giuliani, who has become deeply involved in the Ukraine scandal that sparked the ongoing impeachment inquiry into President Trump, was attacked viciously by MSNBC commentator Donny Deutsch over his handling of the 9/11 terrorist attacks on the World Trade Center.

"For a few days, he did do something heroically for the city, yet he traded on it from then on," Deutsch began his remarks on Monday. "Anybody that lives in this town knows that he exploited 9/11. I don't even want to give him that because in the years to come, in the most self-serving way, he exploited the greatest tragedy we had lived through..."

Scarborough jumped in and offered a fiery response to Deutsch.

Scarborough continued, "I know for myself and for a lot of Americans, when George Bush was stumbling the first week, it was Rudy who stepped into the void... Let’s just talk about what’s going on now and don’t bring up 9/11. I mean, if we want to talk about Rudy, I say this makes it more of a tragedy that Rudy Giuliani, along with the great people of New York City and a great police commissioner, turned this city around in '93 and '94 and '95 and '96... I think that's makes what's going on even more tragic.”

Even liberal MSNBC host Rev. Al Sharpton joined the defense of Giuliani, saying that what he and President George W. Bush did after 9/11 was "needed" and how "shockingly, the city came together."