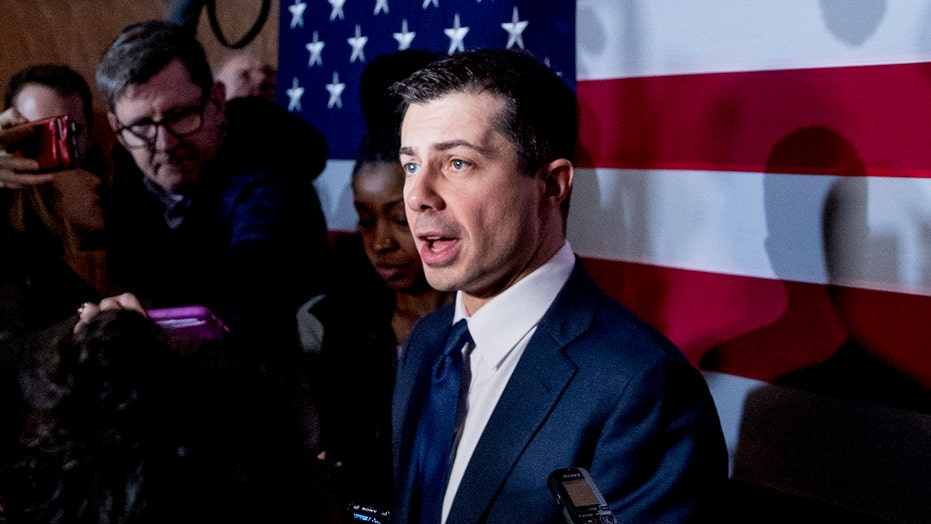 MSNBC’s Joy Reid confronted Pete Buttigieg on Sunday, informing the 2020 Democratic hopeful that she received text messages from people who felt his use of the term “American Heartland” is “a dog whistle for white voters."

“In the face of unprecedented challenges, we need a president whose vision was shaped by the American Heartland rather than the ineffective Washington politics we’ve come to know and expect,” Buttigieg tweeted last week.

Some suggested that Buttigieg used racist language when he called for a president who had their roots in the "American Heartland." MSNBC’s Reid told Buttigieg that several people reached out to her about the tweet.

MSNBC’s Joy Reid told Pete Buttigieg that she received text messaged from people who felt his use of the term “American Heartland” is “a dog whistle for white voters."

“I got a lot of texts on that tweet, not positive,” Reid said. “Heartland, that sounds like a lot of people like a dog whistle for white voters."

Buttigieg was clearly taken aback by the question and seemed to flinch before responding.

Reid then asked, “When you say heartland, who do you mean?”

“I’m talking about a diverse heartland like where I grew up. I’m from a city in the middle of the Midwest that is about 45 percent non-white and reflects America in so many ways,” Buttigieg responded. “Part of what I’m trying to do is make sure that we recover some of these ideas.”

Buttigieg – who had originally tweeted that his roots in the "heartland" were an antidote to the ineffective politics of Washington, D.C. – named “faith,” “patriotism” and “family values” as heartland values that are racially diverse.

“Nobody escapes the racial prism through which Joy Reid sees virtually everything. Not even a gay, liberal Democrat like Pete Buttigieg,” NewsBusters contributing editor Mark Finkelstein wrote.

Back in late 2017, it was revealed that the MSNBC host’s pre-fame blog, “The Reid Report,” contained dozens of homophobic and hateful posts. Reid initially apologized, but when a second batch of offensive comments surfaced Reid then claimed she’d been hacked, and MSNBC circulated a much-panned statement from a computer hacking “expert” which sought to make that case.

Other damaging posts from “The Reid Report” were unearthed soon afterward. She originally claimed diabolical hackers planted the hateful posts -- and even enlisted the FBI to help get to the bottom of it.

Reid eventually got emotional on the air when her hacking claim fell apart and admitted it seemed unlikely she was hacked. She claimed she didn’t recall making the offensive remarks, for which she apologized anyway. MSNBC stood by Reid throughout the ordeal and the FBI never publicly commented.