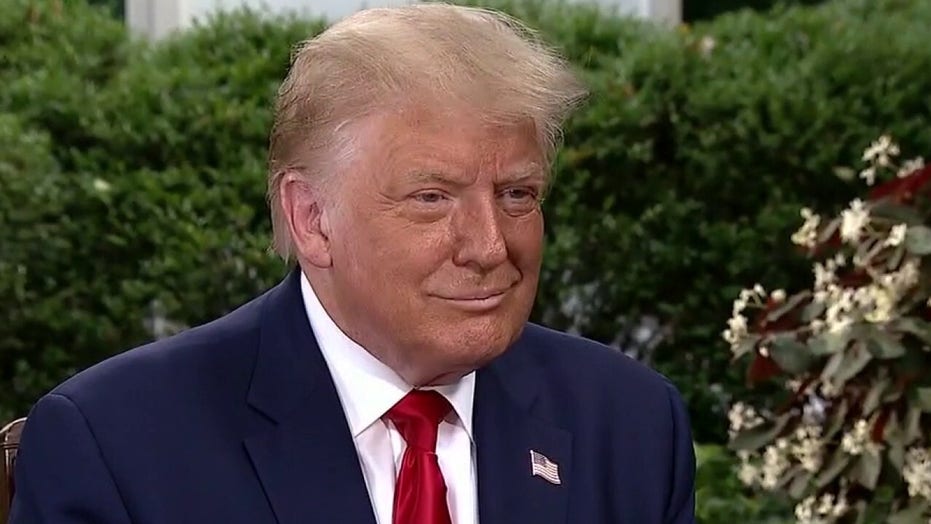 Joy Reid on Monday officially launched her new MSNBC show featuring an interview with Joe Biden -- but critics knocked the host for going too easy on the presumptive Democratic candidate.

Reid, who frequently served as a fill-in host during the 7 p.m. timeslot following the departure of "Hardball" host Chris Matthews, made headlines when she announced that both Biden and Hillary Clinton would appear in the debut installment of "The ReidOut" as her first guests.

However, not many headlines were made from her interview with the former vice president, perhaps because the questions she asked did not appear to be tough on Biden.

Her first question to Biden asked him to respond to President Trump's remarks about the coronavirus outbreak during his "Fox News Sunday" interview with Chris Wallace.

The second question was regarding Trump's efforts to take action on health care and immigration, which he suggests the Supreme Court allows him to do based on previous rulings.

"What do you make of a president of the United States, who is trying again to take health care away from 20, 30 million people as his campaign strategy and again, going back to the idea of kicking out immigrants?" Reid asked.

The third question was about what Biden would "do differently" as president regarding a response to the pandemic, something Reid predicted "will be worse" by the time he might be sworn into office, should he win the election. 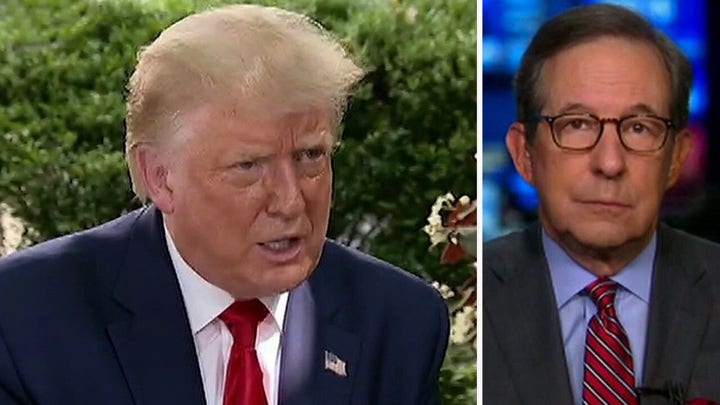 Reid also asked Biden if he was considering doing his own daily coronavirus briefings to counter the revival of the White House task force briefings.

She then pivoted to growing fears of foreign interference in the upcoming 2020 election.

"Are you prepared to fight in an election in a little over 100 days with Russia and China potentially involved, and what can you do about it?" the MSNBC host asked.

Reid then had the Democrat candidate react to a dramatic cover of the German magazine "Der Spiegel" depicting President Trump lighting a match with fiery chaos in the background. But perhaps her toughest question came last, when she asked Biden if he was "committed" to choosing a black woman as his vice president -- something he chose not to answer directly.

Biden did, however, finished the interview by joking to Reid that he considering the host as his running mate after she asked if he had narrowed down his choices.

"Well, I appreciate it," Reid said.

TWO JOURNALISTS, FROM THE WASHINGTON POST AND CNN, AGREE WITH JEMELE HILL THAT TRUMP VOTERS ARE 'RACIST'

While fans of Reid praised her debut show, critics drew a sharp comparison to the interview Trump had with Fox News' Chris Wallace, which aired the previous day.

"That Joy Reid Biden interview was an embarrassment, especially compared with the grilling Chris Wallace gave Trump. Fox is a news organization, MSNBC is the propaganda wing of the Democratic Party," The Federalist correspondent David Marcus wrote.

"Watching the horrible Joy Reid show on #MSNBC. She is serving lollipops questions to #JoeBiden. Media soft on Biden; Hard on #Trump. Where are you #ChrisWallace?" civil rights attorney Leo Terrell asked.

Reid herself had praised the "Fox News Sunday" anchor after a preview of his interview with Trump showed him challenging the president's claim that Biden vowed to "defund the police" in his joint policy proposal with former 2020 rival Sen. Bernie Sanders, I-Vt.

"Please enjoy this firm, succinct shut down of one of @realDonaldTrump's lies by Chris Wallace," Reid had tweeted.

The Hill media reporter Joe Concha, however, suggested that the comparison between Reid's interview with Biden and Wallace's interview with Trump is invalid since he sees the "ReidOut" as an "opinion show."

"If the show is billed an opinion show and Reid an advocate of the Democratic Party, there’s zero problem with the interview. But for whatever reason, outlets like The New York Times and others are referring to the show as a news program and Reid as an anchor. It isn’t and she’s not," Concha told Fox News, referring to a Times report that labeled her as such.

Concha added: "Viewers can expect what they saw in the Biden and Clinton interviews moving forward. No challenges of Democrats and very few, if any, pro-Trump Republicans appearing leading up to Election Day."