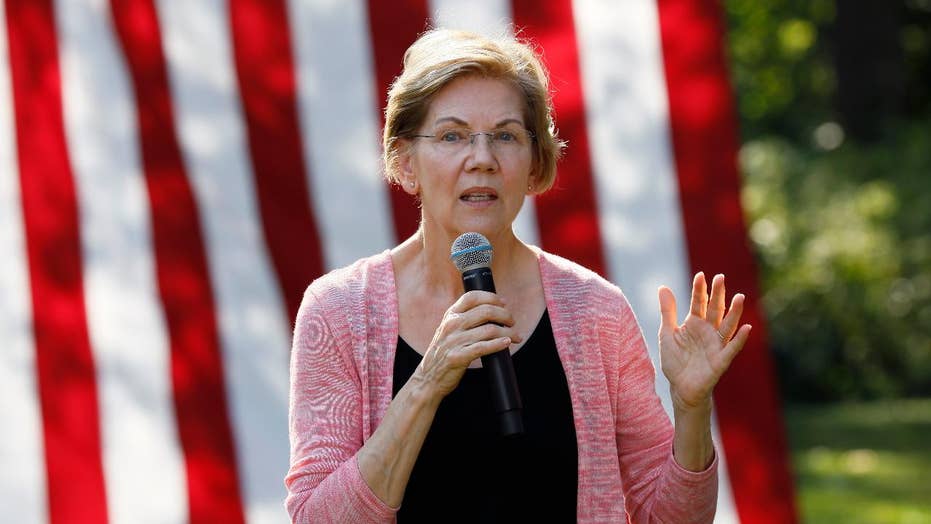 A Democratic strategist suggested this week that supporters of Sen. Bernie Sanders, I-Vt., were sexist if they kept supporting him over Sen. Elizabeth Warren, D-Mass., for the 2020 Democratic presidential nomination.

"I actually overheard someone saying -- that I thought was an interesting point -- that basically at this point if you are still supporting Sanders as opposed to Warren, it's kind of showing your sexism because she has more detailed plans and her plans have evolved," strategist Emily Tisch Sussman said on Monday.

"I thought it was an interesting point and I think there might be something to it," she added while speaking on "MSNBC Live."

Her comments came as new polls showed Warren beating both Sanders and former Vice President Joe Biden in Iowa and New Hampshire, the first two states in the Democratic primary calendar. Sanders and Warren have been portrayed as the standard-bearers for the Democrats' far-left wing.

Sussman indicated that Sanders' candidacy was a lost cause, telling MSNBC host Craig Melvin that Warren was taking voters from Sanders and that the Vermont senator had "peaked" in the race.

"What we're seeing of his supporters -- there's a ceiling. There is nowhere to go -- there is no up to go," she added.

Other women responded on Twitter Saturday, citing Sanders' support for various economic policies -- many of which Warren herself has backed.

"Not here to be vote shamed by the 1 [percent]," Amy Vilela, the Nevada co-chair for Sanders' campaign, said. "I am supporting the only candidate who will always put the needs of people first." Her "1 [percent]" comment seemed to be a dig at the fact that Sussman's father is financier Donald Sussman.