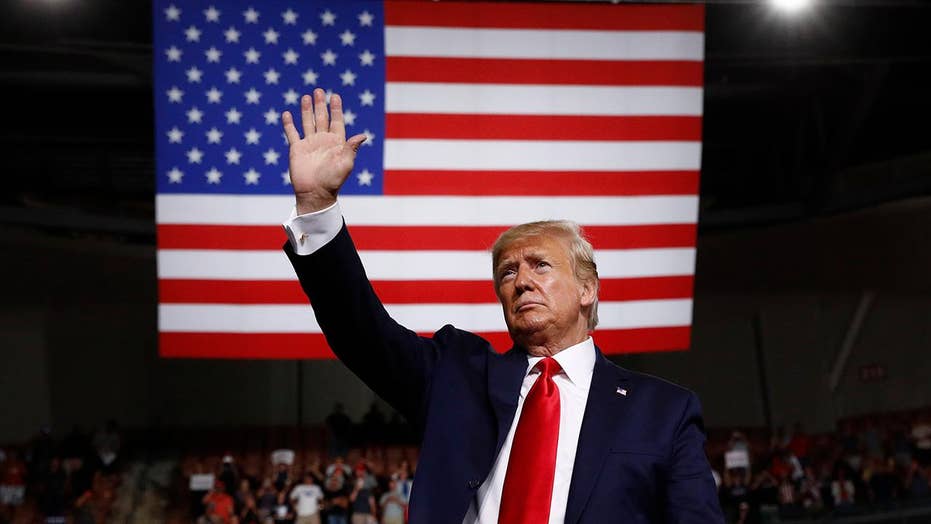 An MSNBC guest questioned the intelligence of Trump voters on Friday, asking if anyone who attended President Trump's rally in Manchester, N.H., can "point out Greenland on a map?"

On Thursday, the Wall Street Journal reported that Trump has asked his advisers whether the U.S. can acquire Greenland, an autonomous Danish territory, during "meetings, dinners, and passing conversations" because of Greenland's "abundant resources and geopolitical importance."

However, "The Beat" managing editor Tiffany Cross expressed concern when she heard that "the descendants of colonizers" are flimsily considering "taking land from indigenous people."

"This is something, you know his supporters are like just blind followers of his, and I wonder when this becomes a talking point of his on the campaign trail, can anybody at the MAGA rally point out Greenland on a map?” Cross asked.

CNN'S DON LEMON SHAMES TRUMP VOTERS, INDEPENDENTS FOR 'ALLOWING' POTUS TO 'GET AWAY WITH HORRIBLE LANGUAGE'

"I would be very interested and curious to see or tell us what kind of government Greenland has or who the indigenous people are. I highly doubt it. So I think when you have a lack of understanding of global diplomacy, you can easily throw out these asinine ideas and have, you know, the sheep following the wolf."

Greenland, which has a population of roughly 56,000, has welcomed U.S. military personnel to its Thule Air Base as part of a treaty between the U.S. and Denmark that has been used by both U.S. Air Force Space Command and the North American Aerospace Defense Command (NORAD) and includes a ballistic missile radar station.

The Journal reported that advisers have said Trump sees purchasing Greenland as similar to the 1867 U.S. acquisition of Alaska from Russia. It remains unclear how the president would realistically pursue such a deal.