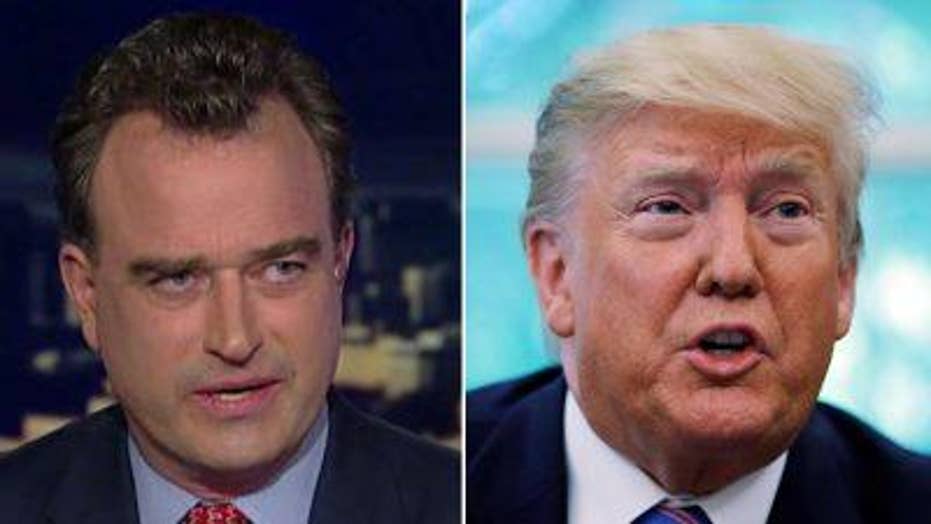 MSNBC host Chris Matthews knocked Trump supporters on Wednesday, saying they were dismissing the ongoing impeachment inquiry and comparing them to children believing in "Santa Claus."

Appearing on SiriusXM’s The Dean Obeidallah Show, Matthews was asked if there was "any chance" that the GOP "dumps" President Trump in 2020 if he were to be seen as "so toxic."

"No, because I'm looking at the numbers, and you wonder... why are Republican officeholders so cowardly?" Matthews said. "These guys all know there’s a quid pro quo in the conversation of July 25th. They know that. It’s right there. 'I'd like you to do me a favor, though,' OK, that's conditional. There's nothing complicated about that."

The "Hardball" host pointed to the "MAGA hat"-wearing Americans, acknowledging some in his family, saying they "do not hear" what Trump critics have heard.

"This is what I never saw in politics, this religious acceptance of what they know isn’t true," he continued.

"All I can tell you is that when we were all growing up as kids, and we saw all the evidence that Santa Claus was a myth, that our parents were buying us gifts... We could see all the evidence, but somehow we'd be looking up in the sky for the Santa Claus sleigh to go by, because you want to believe."